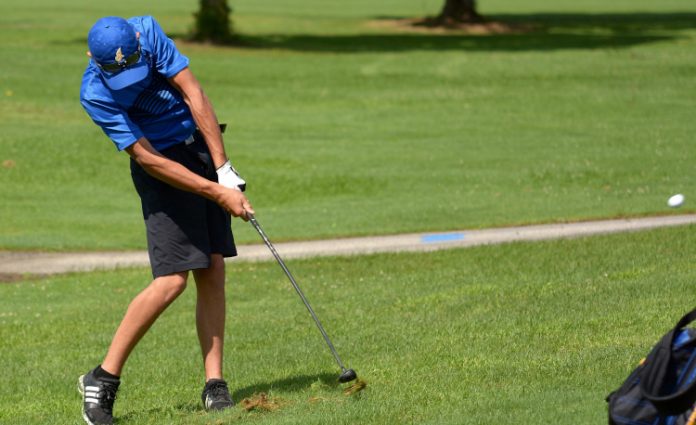 Charlie DeCapua shot a career-low 36 in leading Independence to a 157-186 win over visiting Lutheran West on Monday.

Mark Pillar carded a 39 and A.J. Marcinko and Sam Coddington both shot a 41 to close out the Independence scoring. With the win, the Blue Devils improved to 1-0 overall and 1-0 in the Chagrin Valley Conference.

“The guys were really solid today,” said Independence coach Mike Marcinko. “We dodged the rain early but it was really soggy. With four guys scoring under 42, it makes you tough to beat.”

DeCapua hit his driver and irons well throughout the round and he was accurate with his chip shots.

“My driver and irons were doing exactly what I wanted them to,” DeCapua said. “My chipping was good and I hit a few wedge shots inside 10 feet.”

Intra-squad competition among the Blue Devils has been fierce this fall and that has helped each golfer hone in on lower scores.

After setting a new career low, DeCapua is now focused on maintaining that consistency.

“We have a really strong varsity team this year and it’s exciting when we all have a great match,” he said. “I feel confident the team and I can keep shooting consistently low. The key for me to keep my rounds in the mid-30s is to play confidently.”

D.J. Robinson led Lutheran West with a team-low 40. Ashten Sopko shot a 43 for the Longhorns.

All six of Independence’s golfers finished among the top 13 in winning Monday’s Chagrin Valley Conference tournament.