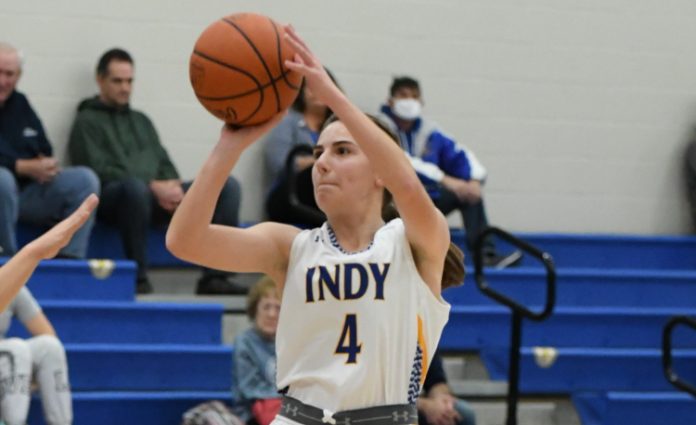 Independence hit the court after a two-week break and though it took some time for the Blue Devils to find their rhythm, they went on to win their fifth straight game.

A 24-1 run helped the Blue Devils to pull away from host Wellington in a 51-23 victory.

“I was nervous but we had three really good practices,” said Independence head coach Mike Marcinko of returning after the two-week layoff. “We were a little out of sorts offensively, but defense travels and we really played smart, intense defense that turned into points.”

“Everyone coming together and playing as a whole contributed to our success today,” said Weber, who led the Blue Devils with 11 points. “Our two freshmen kept their composure and finished the game for us, which was huge.”

Independence’s defense held Wellington scoreless in the third quarter and coupled with that 24-1 run, the Blue Devils cruised through the second half.

“Everyone is always ready for what is to come,” Weber said. “We haven’t had one game where we haven’t been prepared through practice and film.”

Independence, who improved to 6-1, hosts Brooklyn on Tuesday.

December 8, 2022
North got off to a fast start and never slowed down in a 62-26 Western Reserve Conference win over visiting Mayfield on Wednesday.

North checks off another box in win over Andrews-Osborne