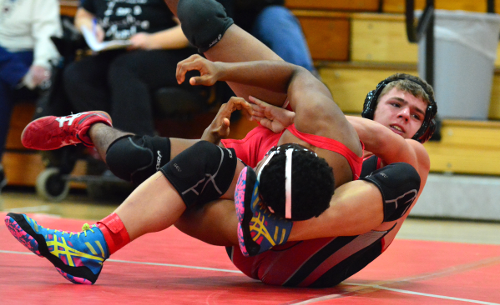 Thome, a 6-foot-5 senior forward, led the Tigers to a pair of wins over Beachwood and West Geauga last week and in the process she scored the 1,000th point of her high school career despite missing most of her junior season with an injury.

“We're so proud of Hallie's accomplishment,” said Chagrin Falls coach Brittany Anderson. “We know that this is something she wanted to achieve last season, but it means so much more now considering all that she has worked through to get back on the floor. Not many players get to reach this milestone, let alone after a major injury. Hallie moved on to the next game right away, no big deal. It was just business as usual for her. She's a competitor and it's nice to see all that time and effort pay off.”

Thome, who will continue her education and playing career at Michigan, scored 15 points in a 41-38 win over Beachwood and dropped another 15 in a 74-35 win over West Geauga. In the two games she was a combined 13-of-18 from the field with 14 rebounds, eight blocked shots and three assists.

“Hallie is a game changer,” Anderson said. “Not only does she make match-ups difficult on both ends of the floor, she also causes teams to adjust their style of play. Beachwood changed their pressure defense to try to stop her, but she played great through the early foul trouble. Hallie was also a major factor in our conference win over West Geauga. Again, they came in playing a different style of basketball than we've seen from them in the past. She made great adjustments on her shot and found open teammates with ease.”

Shanower, a junior 138-pounder, pinned all three of his opponents to win the Cardinal Christmas Tournament on Saturday.

He opened the event with a 10-second pin, which turned out to be the fastest fall of the event, then flattened his next two opponents in 1 minute, 14 seconds and 2 minutes, 25 seconds.

“He put it together,” said Cardinal coach Jeff Zeigler. “Craig is a hot and cold wrestler but was solid all day. He made very few mistakes and ends up with his first tournament championship. He had the fastest pin and had three pins all the way through. It was a great day for Craig. I’m really proud of him.”

Coaches, click here to nominate your athletes for Ward’s Lawn Care & Landscape Co. Players of the Week. Athletes from all Northeast Ohio schools are eligible for the award and nominations are due by 10:00 p.m. every Monday.