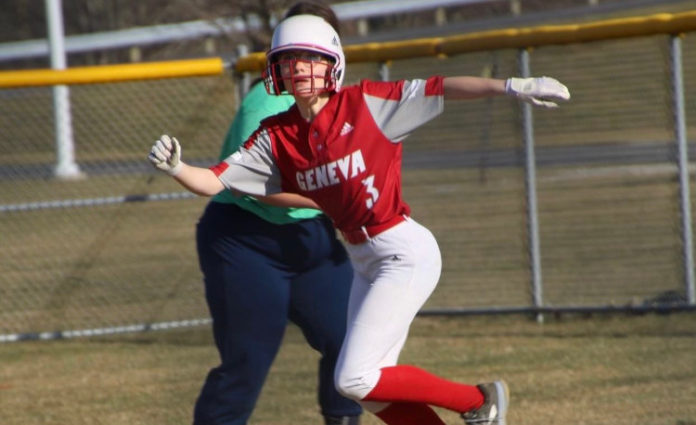 With a young roster, Geneva’s softball team understands it will experience some growing pains this season.

Head coach Eleshia Pitcher is confident, however, that her Eagles will look much different in May than they do in March.

“It’s been different this year since we really didn’t have much of an offseason and we have a lot of new faces on our roster,” Pitcher said. “We are young and may get off to a slow start but I think we should put it all together before the end of the year.”

The Eagles return two starters and two others with varsity experience from the 2019 squad that finished 14-10.

Vital to Geneva’s success is the ability of the younger players to step up to the challenge of competing against varsity competition for the first time.

“The short time we have had to get ready for this season has been a challenge,” Pitcher said. “We just keep practicing hard trying to catch up. We need to play as a team and get everyone to buy into the program.”

“I am looking for great things this year from our senior leaders Kayli Stash and Angela Riffle,” Pitcher said. “I also have Daliz Alvarez returning, who will spend the majority of her time on the mound but she will also be in center field or behind the plate when she’s not pitching.”

Freshmen Jordyn and Jailyn Alderman will also throw some innings in the circle.

“Jailyn and Jordyn Alderman can play in any position and they will make an impact in the game,” Pitcher said.