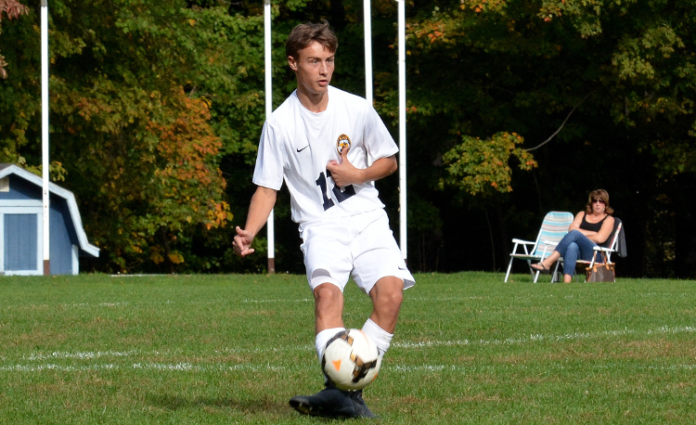 With the win, the Hornets improved to 4-0 on the year and have yet to allow a goal this season.

“I was worried that this game would take a lot out of us and we’d have to play tomorrow against Wickliffe,” said Kirtland coach John Valentic. “Luckily for us, we got everyone into the game and I think everyone is rested and healthy as we head into another conference game.

All 20 Hornets saw action in the victory.

Marko Cubela led the Hornets with a pair of goals.

“We wanted to be confident coming into it, but overall we were very happy with the outcome and that it was a team effort,” Cubela said. “I think my two goals this game are giving me hint that this will be a good season for my team and me.”

Tyler Banyasz did not record a save in collecting his fourth clean sheet of the season.

“Once again, the defense was solid and we moved the ball quickly, which got us plenty of opportunities and goals,” Valentic said.

Kirtland travels to Wickliffe on Tuesday for a key Chagrin Valley Conference game.

Hornets reload for another postseason run

Hornets come from behind to beat Kenston