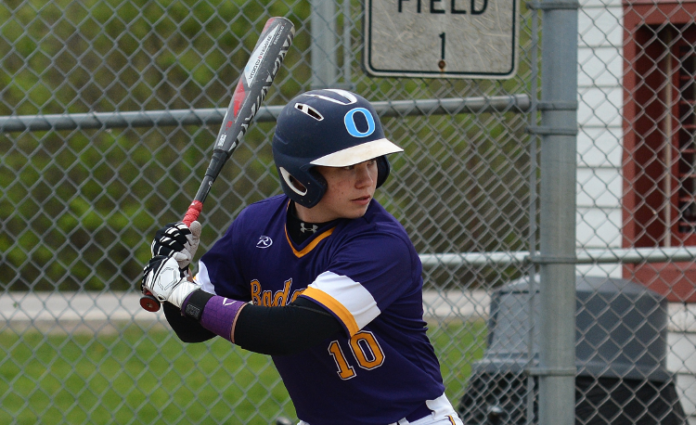 Over the past two seasons, Berkshire’s baseball team has started more than its fair share of freshmen and sophomores.

Now, with an experienced group of upperclassmen, the Badgers are in a position to again compete for the Chagrin Valley Conference Valley Division title.

“Our expectations are higher than they have been the past two years,” Berkshire coach Brian Hiscox said. “The previous two years we have started a lot of freshmen and sophomores who are now juniors or sophomores with a lot of varsity experience. Pair that with our returning upperclassmen and we’ve developed some depth at some very important positions. We expect to be very competitive within the league this year.”

Berkshire won just six games last season but the Badgers return 11 players who started at various times last season and has 13 letter winners on the roster.

That experience coupled with the talent the Badgers possess and Hiscox is eager to see what the Badgers can accomplish this spring.

“We are much more athletic than we have been. We are also healthy,” he said. “We are excited to see how it all plays out this season, but there is a different feeling among the guys and around practice this year than we have had in years past.”

Berkshire opens the season with six seniors fighting for a starting role in the lineup.

Jacob Smetana will battle with sophomore Brian Brent at catcher, Bobby Czekaj, who earned honorable mention All-CVC honors last year, will compete with junior Joe Barcikoski at second, Sam Roach and Mike Brilla are battling it out for the nod in left field and Smetana and Brilla will see time in right.

Czekaj is among the team’s top players and he has provided leadership to the rest of the squad.

“Bobby Czekaj is one of the best leaders I have been around,” Hiscox said. “He knows the game and was a solid player for us last year. I’m looking for him to have a breakout year here in his senior season.”

The Badgers have an overload of talent at second base as Czekaj and Barcikoski both have all-conference potential.

“Joe Barcikoski was out all of last year with an injury,” Hiscox said. “I’m excited for him to get back onto a field this season. He is solid defensively up the middle for us and will be a top of the order hitter. He’s a guy who can get on base and create tough situations for the defense.”

Junior Peter Brent is projected to start at first base and junior Andy McKinney and sophomore Evan McDermott will compete for the starting job at third.

Sophomores Jake Brown and Blake Jenkins round out the projected starting lineup with Brown at short and Jenkins in center field.

Brown also will see time on the mound for the Badgers.

“Jake Brown is a solid all-around player,” Hiscox said. “Looking at him, you wouldn’t know he was a sophomore. He can hit well, throw well, and defend well. He will be a middle of the order hitter and top of the rotation pitcher for us this year.”

“I don’t think we have that No. 1 ace of a pitcher,” Hiscox said. “That being said, we do have a lot of solid guys who can come in and throw strikes. I could see us using 3-4 pitchers a game just to continue to give teams different looks.”

If the Badgers stay healthy, play solid defense, limit free passes to opposing hitters and put the ball in play, Berkshire should have the opportunity to achieve its goals this spring.

“Our biggest strength is experience,” Hiscox said. “(With) 13 returning letter winners and 11 starters from last year’s team, we have a lot of guys who have played varsity baseball. I think 1-9 we are going to be able to hit the baseball and score runs.”

Hornets hold off Badgers in Go 4 the Goal game

Huskies back for more