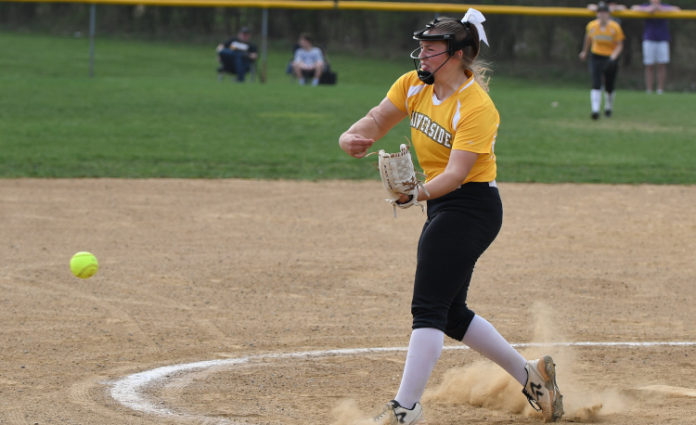 When Riverside junior Grace Fisher in November announced her commitment to continuing her education and softball career at Notre Dame College, she did so in part to put behind her the recruiting process so she could focus her full attention on her final two seasons of high school softball.

That decision seems to have paid off as Fisher has been a major contributor to Riverside’s 14-0 start.

“It is so exciting to have figured out where I want to go to college and to continue playing the sport I love,” Fisher said of her November commitment. “It really takes the pressure off of trying to be recruited and I can focus on just enjoying the game with my team.”

There has been a lot to enjoy over the first four weeks of the season.

Riverside remains unbeaten and sits atop the News-Herald Top of the Crop.

“Notre Dame started looking at me in mid-September after one of the first tournaments I played with the Ohio Hawks,” she said. “I decided to commit because I liked the campus, what they have to offer, and the coach. I always wanted to play college softball and NDC gave me the opportunity to do something I love and further my education at the same time.”

Fisher visited the school prior to closing her recruitment.

“I loved the campus at Notre Dame when I went on the tour,” she said. “I liked the fact that it was close to so many things including home and it’s a great opportunity having a nursing program so close to the major Cleveland hospitals. I think the old charm also gives it so much character.”

Fisher is ready for that challenge and to develop her relationships with the coaching staff and her future teammates.

“I feel very confident in all of my pitches and I expect to increase my skill to compete at the college level,” Fisher said. “I have a good relationship with Coach Stopp. She’s one of the biggest reasons I decided to go there. I know a couple of players on the team. One of the other 2022 commits I’ve known for years. We are really good friends outside of softball. It’s exciting to go to college and already have some great relationships and I am excited to get to form more.”

As excited as she is for her future at NDC, Fisher has almost two full years of high school softball left to play and she’s focused on doing her part to take the Beavers as deep into the playoffs as possible.

“I hope to build on the skills I already have and focus on making myself and my team the best we can be,” she said. “I believe this year we have a very talented team that can go very far.”

Fisher plans to major in nursing at Notre Dame College.