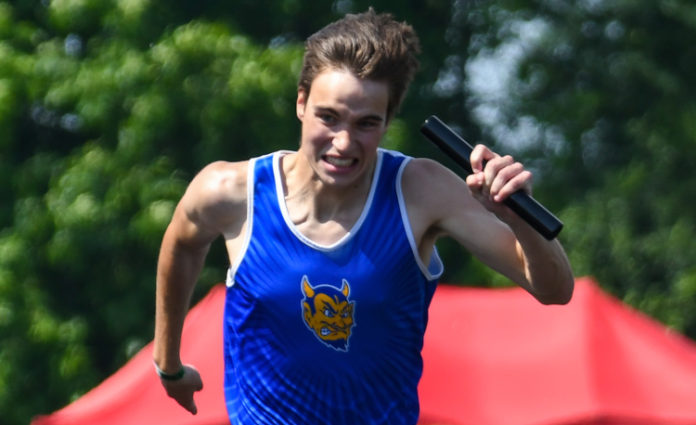 Jack Taliaferro, Kyle Zygmunt, Emmett Stralka, and Josh Belitz teamed up to finish fifth in the 100-meter preliminaries and will run in the finals round on Saturday to determine their place on the podium.

The Blue Devils finished in 1:31.33 to break their own school record.

Stralka earned All-Ohio honors in two other events as he finished fifth in the 100-meter prelims with a time of 11.17 and sixth in the 200 in 22.79. Zygmunt is a two-time All-Ohioan after he advanced to Saturday’s finals in the 400-meter dash. His time of 50.71 was the sixth-best preliminary time.

Casey Adams and Madison Stepanik get their shot at All-Ohio honors on Saturday morning.

Adams will compete in the long jump while Stepanik will throw the shots.