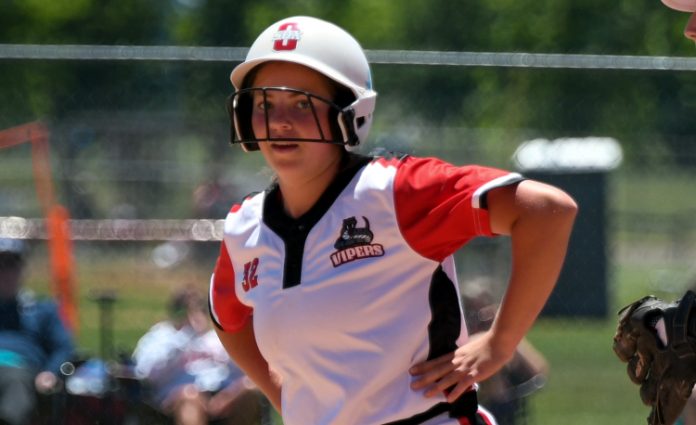 Kirtland graduate Gianna Cantini was named the Vipers 18U Player of the Week for the week ending June 26.

Cantini batted a whopping .778 with five runs batted in during a five-game stretch at the FASA state tournament in North Ridgeville.

“I was really satisfied with my performance and myself,” Cantini said. “It was nice to see everything kind of go the way I wanted it to.”

Behind Cantini’s big weekend, the Vipers finished the tournament 3-1 with their final game washed out due to rain.

Cantini was 7-for-9 at the plate with a .818 on-base percentage and an eye-popping 1.778 slugging percentage. She recorded three doubles and three triples and scored four runs without a strikeout.

The Vipers improved to 10-5 on the season and continue to improve as the players jell together in their first season.

“The team is coming together really well,” Cantini said. “We definitely could have won that tournament but in the semis the tournament got rained out. We got second place because we were the second seed. This weekend, I feel like we did really well. We had enough pitchers and everything lined up really well, so I had complete confidence we were going to win it but it got rained out.”

With the squad finding its rhythm, Cantini is confident the Vipers will play even better in July.

“I think going into July we should win like 90-percent of our games,” she said. “We are a really good team and we have a bunch of the best players from Northeast Ohio. I think these first couple of tournaments were kind of just for us to get to know each other. We’re now at a point where the people who are there want to do well and the rest of the season should be really successful for us.”

The Vipers will compete in the Cinderella Classic in North Ridgeville on July 9.