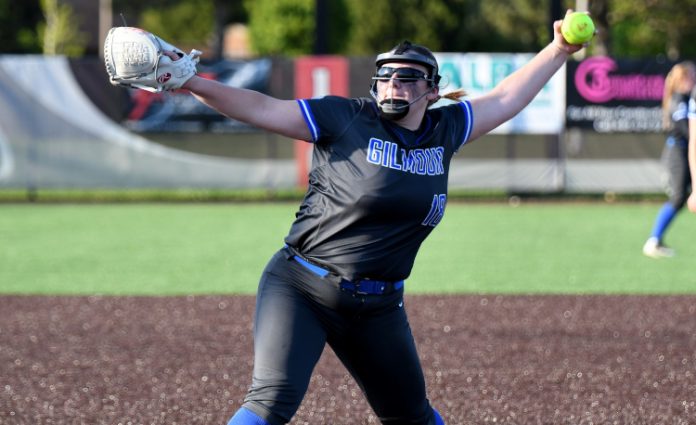 “It is very exciting to lock in my opportunity to continue my softball career in college,” Mlinaric said. “I knew I was not ready to hang up my cleats yet. I always knew at a young age that I wanted to play softball in college. This is very exciting for me to do so at Capital University.”

Nagy tracked Mlinaric through a couple of summer tournaments and extended the offer in August.

“I visited the school in July and really liked the layout of the campus,” Mlinaric said. “I liked the city it was in and how close it is to Columbus. In addition to academics, I liked what the school had to offer from their facilities to classrooms. I also like their small class sizes they offer. Another thing I like about the school is that it is closer to home than the other offers I got.”

“I went to a Capital softball camp in July and got to meet the other coaches and players,” Mlinaric said. “After the camp, the current players gave a tour of the campus. I got to talk with them after the tour and they were all very friendly and kind. They invited me out to eat with them. I have stayed in touch with Coach Nagy frequently since we first met.”

She also felt comfortable with the academic and athletic offerings at the university.

“Capital has a great Biochemistry program and pre-med track,” she said. “I looked at many other programs and Capital offered me the best of both worlds; the ability to play softball in college and academic path to becoming a doctor.”

Mlinaric, who holds school records for doubles in a career (15), pitching strikeouts in a season (134) and career (175), and lowest earned run average in a single season (1.29) and in a career (2.44), was recruited by Capital as a pitcher and for her power at the plate.

“Coach Nagy saw me hit first and was impressed and then realized I was a package deal when she saw me pitch,” Mlinaric said. “When I am a freshman, there will be two senior pitchers who can guide me and show me the ropes.”

With her future plans locked up, Mlinaric can now focus on her senior season with the Lancers.

“The big goal for my senior season is to take the team to states,” she said. “It has been a dream since my freshman year. Gilmour’s softball team has only gotten stronger and better over the years.”

Mlinaric learned a lot through the recruiting process and she hopes other players who dream of competing at the next level can learn something from her journey.

“It takes a lot of work and effort to get recruited,” she said. “You need to get yourself in front of coaches to show them who you are. You need to be yourself and show all the hard work you have put in to make yourself stand out over others. It is also really important to create a relationship with coaches and not be afraid to talk with them. A player needs to look at all levels of schools to see which one fits them best.”

Emma Kovalchuk named Vipers 18U Player of the Week