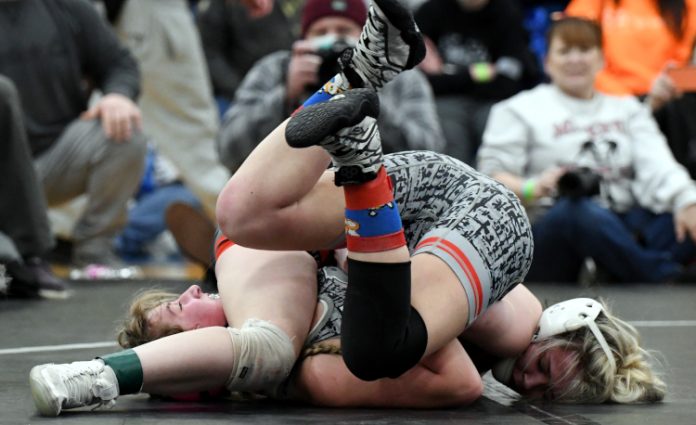 The Ohio High School Athletic Association on Monday announced its inaugural girls wrestling state tournament will be held in conjunction with the boys’ tournament at the Schottenstein Center in Columbus in March 2023.

“We are very excited for the girls to wrestle in the same environment at the Schottenstein Center that the boys do,” said Doug Ute, OHSAA Executive Director. “We have been working through the logistics of having both state tournaments held alongside each other at the Schott and we are pleased that it can be done. The excitement and energy will be incredible.”

After being sanctioned by the OHSAA this past January, the girls’ tournament now will be run through the state association.

“It’s great news and the girls deserve to have their tournament at the Schott,” said Lutheran West coach Dave Ressler. “I’m thankful to the trailblazers who put this in motion for our current wrestlers.”

The girls’ regional tournaments once again will be held a week prior to the state tournament.

A total of 224 girls will qualify of the state tournament with 16 wrestlers in each of the 14 weight classes.