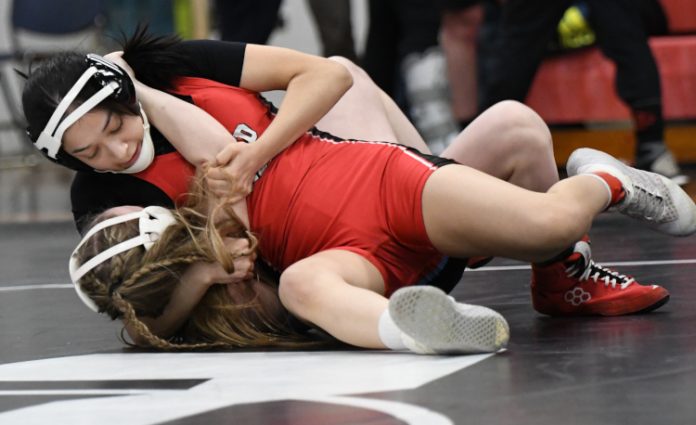 Brackets for the tournament have been released and first-round matchups for the nine area girls who will compete are shown below.

Harvey’s Melany Herrera, a returning state qualifier, is ranked 13th in the state at 100 pounds. She’ll wrestle top-ranked Makennah Craft of Jackson High School in the first round. Herrera went 1-2 at the state tournament last winter.

Brooklyn’s Sofia Collins will wrestle fifth-ranked Lexi Simmons of Olentangy Orange. Simmons is a returning state qualifier. She was 1-2 at the tournament last season.

Brush’s Joshika Sherpa will make her first trip to the state tournament, where she’ll wrestle third-ranked Rachel Nusky of Hamilton Badin in the first round. Nusky was the state runner-up at 121 pounds last winter.

Mentor’s Erika Novak enters her second straight state tournament ranked 15th in the state. She was 1-2 at 150 pounds last year. She’ll wrestle 9th-ranked Jesse Foebar of Clermont Northeastern in the first round. Foebar defeated Novak in the consolation bracket at last year’s state tournament, 7-2, on her way to a fifth-place finish.

Lutheran West’s Paris Willis enters her first state tournament ranked 13th in the state. She’ll wrestle 9th-ranked Olivia Perry of Port Clinton in the first round. Perry is making her first trip to state as well.

Huskies put it all together in win over Mustangs