Harvey has questions to answer 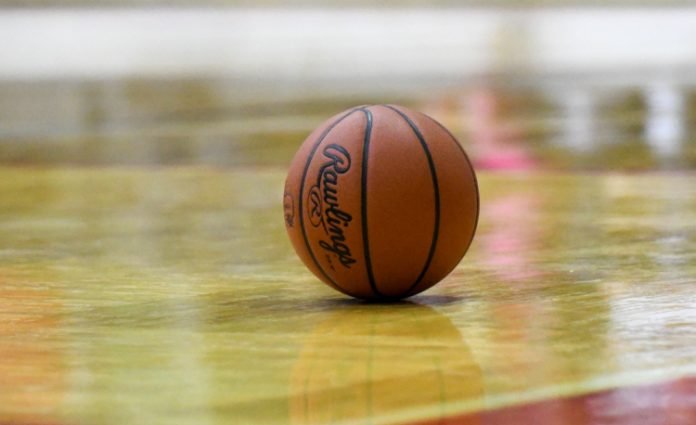 Harvey returns three starters from last season but the relatively youthful Red Raiders have a lot of questions to answer this winter.

So far, 10th-year head coach Dave Wojciechowski has been pleased with the effort of his group.

“I feel pretty good with where we are at here in the preseason,” said Wojciechowski, who enters the season with a 107-98 record at Harvey and a mark of 293-178 overall. “We have a long way to go, but I have seen growth in our team over the last two weeks. With continued hard work and a dedication to doing the right things on and off the court, I believe this team has very good potential to have an exciting season.”

The Red Raiders finished just 4-14 overall last season and they enter the new year with an undersized squad.

“Our team will certainly be undersized this upcoming season,” Wojciechowski said. “It seems to have been a theme around here, so we will once again have to impress upon our guys the importance of being a tough and physical team.”

Wojciechowski realizes the importance of his squad coming together and playing with a consistent effort night in and night out.

He and his coaching staff have been working hard to develop the team chemistry the Red Raiders covet.

“Our team goals are to improve every day we open our eyes,” Wojciechowski said. “Our guys are working to be the best versions of themselves they can be throughout the day, every day. As far as hoops is concerned, we are trying to carry that vision forward with us this season. If we are striving to be the best we can be each and every day, we feel that hoops success will follow.”

Wojciechowski will lean on his talented seniors to set the tone each night.

Hasan Jones II and Jeriah Norris have the experience and talent to meet their coach’s expectations.

Jones is a 6-foot-4 senior guard who averaged 17 points and five rebounds per game in earning all-conference honors last season.

“Hasan is a very talented player,” Wojciechowski said. “The sky’s the limit for him with his potential. He is a young man who has been with us for a few years and we are expecting a lot out of him this season. He has worked hard in the classroom and has earned a 3.3 GPA in the first quarter and we see him maturing into a fine young man and player.”

“Jeriah has really put in the work this offseason,” Wojciechowski said. “He has improved in many areas and will be a major contributor for us this season.”

Fialko is a 5-foot-10 guard, Dargan is a 6-foot forward, and Thomas is a 5-foot-9 guard who averaged eight points and four assists per game last season.

“Matt returned to us this season after being away during the pandemic. He played a few years ago as a freshman and we are expecting him to be a pleasant surprise for our team this year,” Wojciechowski said. “Delon played sparingly on the varsity level last year, but really had a good JV season. He worked extremely hard this offseason and we are looking forward to using his athletic ability to help us. Dez is another young player with a tremendous upside. He did not have a full season last year, but when he was present he was a difference-maker for us. We are looking for him to be the lead guard for us and for him to have a big positive impact on our season.”

Garner is a 6-foot guard, Stanziale is a 6-foot-3 guard/forward who transferred in from Mentor, Haffa, Konya, and Vance are 5-foot-10 guards, and Bidlstein is a 5-foot-11 forward.

“There are a lot of questions to answer here,” Wojciechowski said. “Time will tell on all but a few things to look at as the season goes on. Will Hasan Jones secure an offer to play college basketball? Will the young players find their role and perform at a high level? Will coach (Wojciechowski) win his 300th game? Can this team win a conference championship in a tough division of the CVC? All great questions; let the fun begin.”

Beachwood flying under the radar