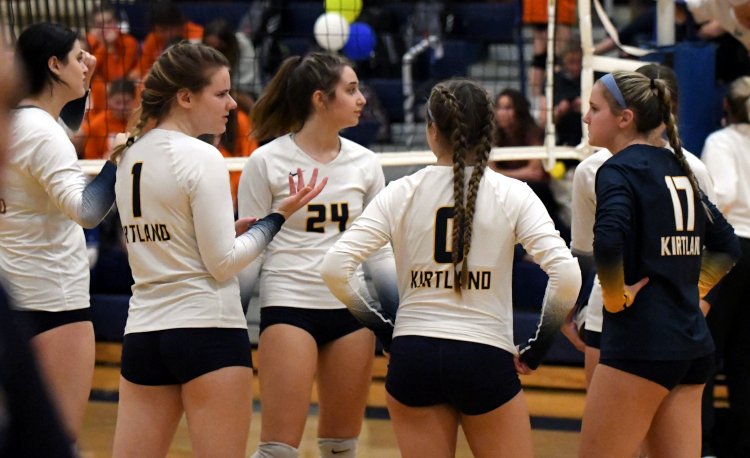 With a 3-0 sweep of host Crestwood on Tuesday, Kirtland closed out the regular season with 21 straight wins.

The Hornets opened the season with a 3-0 loss at defending Division III state runner-up Independence on Aug. 24 but haven’t lost since in improving to 21-1 with a school record for wins in a single season.

“I am so incredibly proud of this team,” said Kirtland coach Arlayna Newcomer. “They are the epitome of hard work, dedication, and drive.”

Kirtland’s impressive 21-match winning streak was in jeopardy at times, but the Hornets rallied on multiple occasions to keep it alive. The Hornets won 60 of 70 sets played during the regular season with two five-set wins over quality opponents.

“We’ve had highs and lows throughout the season,” Newcomer said. “We faced some serious adversity and ultimately became better because of it.”

Kirtland now will turn its attention to the postseason with the hopes of defending its district championship.

The Hornets earned the second seed and will host the winner of the match between No. 18 Campbell Memorial and No. 19 Hanover United in a sectional final on Oct. 21.

October 13, 2021
The CVC Metro Division title was on the line when Lutheran West visited Independence on Tuesday. The Blue Devils won, 3-1.