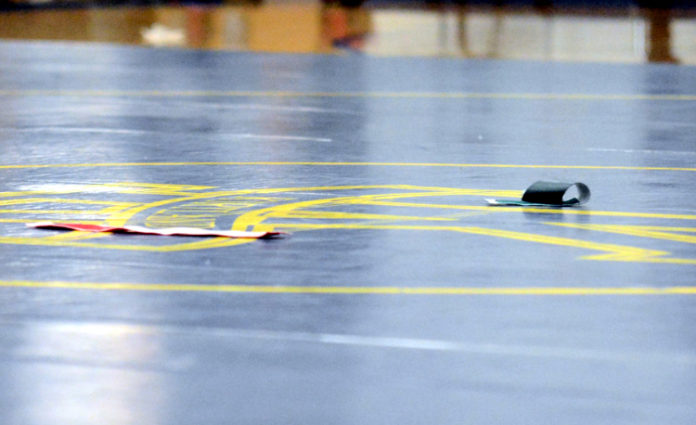 Kirtland closed out the regular season with an impressive 48-19 non-conference win over visiting South on Thursday.

The Hornets won five of the eight matches wrestled with three major decisions and two pins.

“They wrestled well tonight and that’s what you look for going into sectionals,” said Kirtland coach Scott Francis. “They were aggressive and hitting a lot of moves.”

Brennon Braud lost a 2-1 decision to South’s Nick Hollerbach at 182 pounds in the most intense match of the evening.

Despite a late start and a midseason pause, the Hornets are headed into the postseason as ready as they’re going to be.

“It wasn’t easy making it through that pause that we had but the guys did a pretty good job and they’re recovering from it pretty quickly,” Francis said. “We know we’re not the other ones in that boat. There are a lot of teams that went through the same thing. My guys that are really wanting to get after it have done a pretty good job of keeping themselves busy throughout the summer and even in the pause. They’re looking forward to sectionals.”