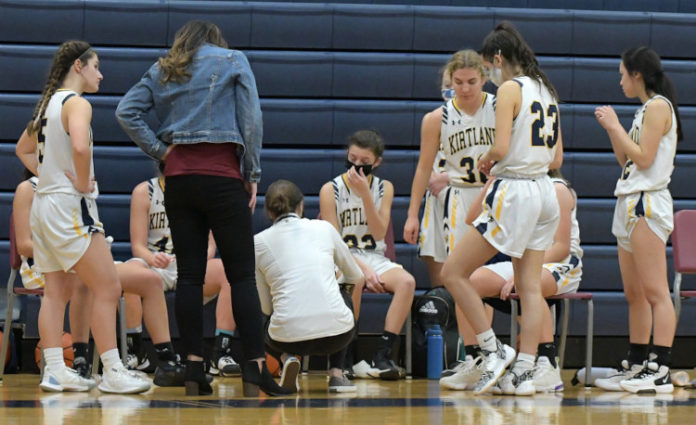 Hornets get back on track

The sting of defeat didn’t sit well with the Kirtland girls’ basketball team. Since losing to Chardon on Jan. 4, the Hornets have won two straight games in a dominating fashion.

On Saturday, Kirtland improved to 4-1 overall with a 55-23 win over visiting Crestwood, which followed a 51-11 win over Wickliffe on Wednesday.

“We knew we needed a couple of solid wins to build up our confidence,” said Kirtland coach Brittany Zele. “Wickliffe and Crestwood have great staffs that are developing their programs and you can see the difference between last season and this season. Even though we won convincingly in both games, the competition has improved, so we felt good coming out of those games.”

The Hornets led just 16-10 after the first quarter but a 19-2 second-quarter run left Kirtland in a comfortable position at halftime.

“It was good to see her battle through some shooting slumps and make smart decisions on the offensive end,” Zele said.

“Crestwood has a couple of solid players that we talked about in our scouting report,” Zele said. “We knew who to shut down and focus on and the girls did just that. The first quarter was a little rocky but Macy and Haley did a great job defending Krupp and Mory and when we switched to a zone, the team as a whole was able to contain them.”