Hornets pick up where they left off 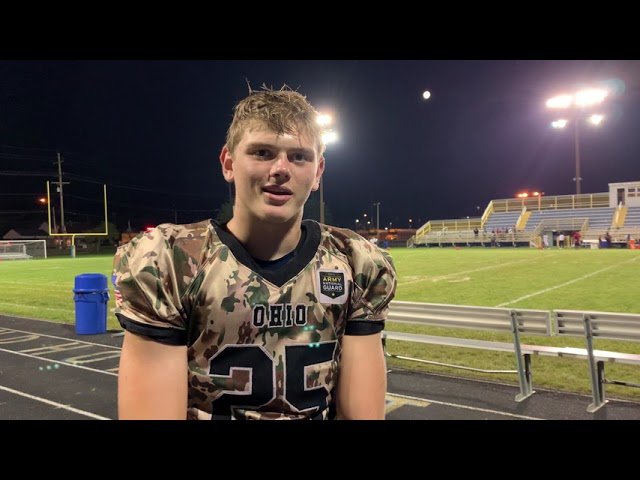 KIRTLAND—Gage Sullivan caught four touchdown passes as Kirtland opened the season with a dominant 50-6 win over visiting Harvey on Friday.

With the win, the Hornets extended their winning streak to 42 straight games, dating back to the 2018 season when they went 15-0 and won the first of three straight state championships. Kirtland moved into a tie for seventh place for the most consecutive wins in OHSAA history.

Tommy Gogolin ran for a four-yard touchdown to open the scoring and then Sullivan connected with Ramon Lescano on touchdowns catches of 72 and 10 yards to give the Hornets a 22-0 lead after the first quarter.

Harvey pulled to within 22-6 when Rick Coleman, Jr., found Davon Bradley for a 25-yard touchdown but it was all Hornets after that.

Mason Rus ran for a 51 yard touchdown and Pierce Boyd threw two 12-yard touchdown passes to Sullivan to push the Kirtland lead to 43-6 at halftime.

Tyler Turk closed out the scoring with a nine-yard touchdown run with 3:34 left in the game.

Boyd completed the game 5-of-7 passing for 95 yards and two scores while Lescano was 3-of-3 for 89 yards and the two TD passes.

Rus ran for a game-high 134 yards on seven carries while Gogolin finished with 77 yards on six carries. Gino Blasini contributed with six carries for 50 yards.

Sullivan caught five passes for 132 yards and the four scores.

Lescano and Will Sayle both picked off passes in the game.

The Hornets travel to Lutheran West in Week 2.

Brian Papesch
Papesch, an Orange High School and Notre Dame College graduate and life-long Cleveland fan, has a passion for all sports. He is focused on delivering accurate, informative, and amazing information on Northeast Ohio's finest teams and athletes.
-Advertisement-