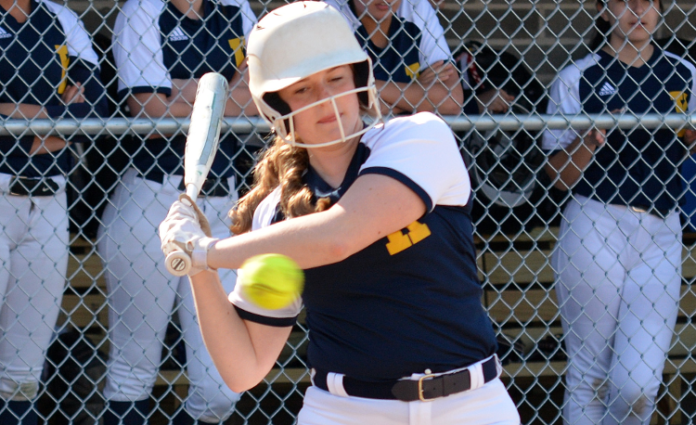 Hornets put it all together at Cardinal

With the win, the Hornets snapped a three-game skid and improved to 2-4 on the year overall and 1-3 in the Chagrin Valley Conference Valley Division.

“It was nice to have things fall into place,” Kirtland coach Jamie Kamensky said. “The girls are building confidence and experience. Things are moving in the right direction.”

Cardinal struck first when Haley Domen hit a one-out single in the bottom of the second and scored on Kayla Valentine’s double.

The Hornets scored the next 17 runs.

“Our offense is starting to come around,” Kamensky said. “Our young girls are putting the ball into play and our returners are starting to really produce. It’s great to see girls building confidence in the box and field.”

Kirtland scored four runs in the third on three hits and three walks and added 10 more in the fourth. They added three in the fifth and despite Cardinals’ three-run rally in the bottom half of that inning, the Hornets invoked the run-rule to end the game in five innings.

“Our program is very happy with the win and the strides we’re making but we’re still hungry to keep getting better and continue to learn and grow,” Kamensky said.

Gianna Cantini continued her hot streak both at the plate and in the circle.

She finished 2-for-4 at the plate with a double and four runs batted in and also went the distance in the circle. She allowed just one earned run on seven hits and struck out three.

“Winning felt great and I think the win helped boost our confidence as a team,” Getchell said. “Most everyone on the team is trying out new positions. A big key that our coach talked about at the beginning of the season when we found out we wouldn’t have two of our starters is versatility. The fact that it’s all coming together now feels really good.”

Getchell, who also doubled and scored a pair of runs, adjusted her swing and it paid off.

“After striking and grounding out the last couple of games, it really felt good to get back into the groove,” she said. “I tried to be very positive approaching my at-bats by just going up to the plate and swinging 50-percent rather than trying to kill the ball. That mentality of just swinging at 50-percent has helped tremendously at getting rid of the long swings that I was doing over the summer.”

Grace Wolfe also finished with three hits for the Hornets while Julia Camino, Kaitlyn Mancini, and Malia Becker each recorded a pair of hits for Kirtland.

“This definitely boosts my confidence for upcoming games because I was in a slump for a game or two and now hopefully I’m out of that,” Getchell said. “As a team, we have said before that hitting is contagious and it’s a lot of fun for everyone when we all get the bats going because everyone starts getting all energized and excited and it’s a lot of fun.”

Domen finished the game 2-for-3 with two RBI for the Huskies.