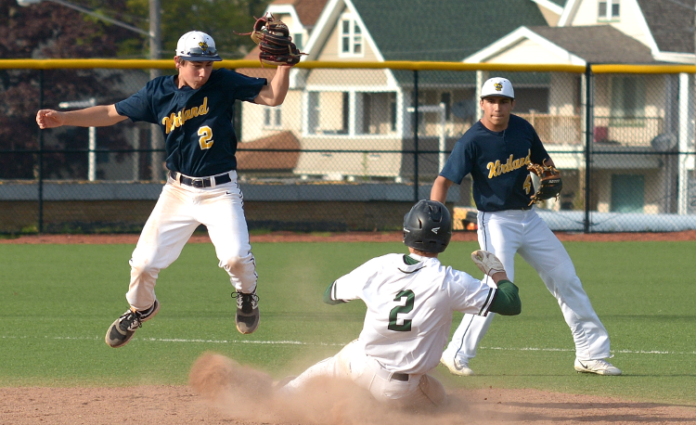 With six returning starters from last year’s district championship team, the Kirtland Hornets are hoping for another deep postseason run.

“We are pretty deep at every position,” Kirtland coach Luke Smrdel said. “It will be a competition every day. We’re going to be probably manipulating the lineup based on matchups because we have a lot of talented guys and a lot of depth.”

Seniors Joey Torok and Seann McGill earned preseason All-Ohio honors from Prep Baseball Report and will be counted on to produce for the Hornets on a consistent basis.

“They both had fantastic years last year,” Smrdel said. “We’re looking for them to repeat that or build upon what they did last year and be leaders for this team and take us to the next level.”

Torok, who batted .474, will play centerfield.

Last spring, he set the single-season school record for stolen bases with 46 thefts in 47 tries and he also holds the career mark.

“Everything from here on out is an addition to his record,” Smrdel said. “He’s very dangerous. Every team has to game plan to try to keep him off base. He’s our table setter and when he gets on base he’s probably going to take second and maybe take third and get us a run. We try to go run by run and he helps us really quickly produce runs when we need them.”

McGill returns at first base after batting .397 with 21 runs batted in last spring.

Mike Alfieri returns behind the dish, Joey Mongelluzzi will play shortstop this spring and Vince Liuzzo and Jack Dever also return to the starting lineup. Liuzzo will pitch and play in the outfield while Dever will play third base.

Newcomers to the starting lineup include Reese VanArnhem at second base and Mason Sullivan in right field.

The Hornets are equally as deep on the hill where they have at least six quality starters.

“They throw a lot of strikes, which is great to see,” Smrdel said. “We have a lot of upperclassmen and a lot of guys who won a lot of games last year. The sophomores threw a decent amount of innings for us so they all have experience. We’re going to give them the ball and see what happens each day.”

The senior starters include McGill, Liuzzo and Chris Miller. Hommel, a junior, will see his share of innings and sophomores Andrew Spencer and Sullivan are expected to work their way into the rotation.

Kirtland certainly has the potential to pick up where it left off last season but games aren’t played on paper.

“We’ll need a little bit of luck, for sure, but the guys have to be focused and go 100-percent each day,” Smrdel said. “We can’t take anything for granted. We’re going to have a target on our back because of what we did last year. We have to be ready for everything and be ready every single day.”