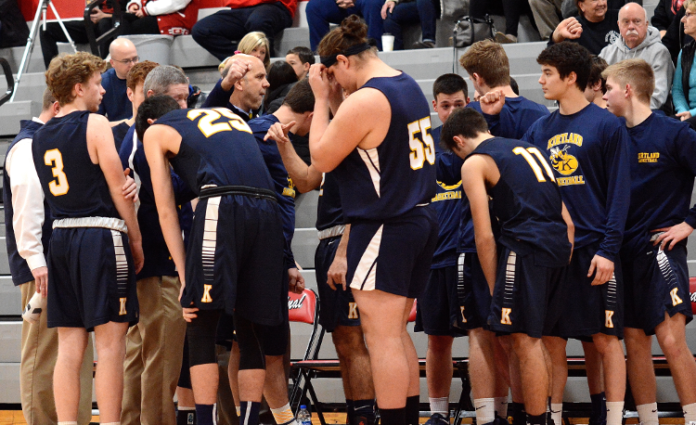 After starting the 2018-2019 season with 11 straight wins, Kirtland entered Tuesday’s non-conference game at Chagrin Falls having lost six of its last seven games.

With a 53-44 win over the Tigers, Kirtland head coach Shawn McGregor hopes the Hornets are back on track with just one regular season game remaining and then a showdown with Beachwood in the sectional tournament.

“Today’s game was huge for us in so many ways,” McGregor said. “We came together as a team and played one of our best games of the year.”

The Hornets, who improved to 14-7 overall, saved their best for last as they scored 17 points in the fourth quarter to complete the win.

“We had zero turnovers in the second half and made our free throws,” McGregor said. “To have success in the tournament you have to have great guard play, take care of the ball, and defend. If we do those things I feel confident in our ability to compete.”

The Hornets made 4-of-4 free throw tries in the second half and finished the game 7-for-11 from the line.

“We did a great job of pressuring the ball and making plays on the defensive end when we needed them the most,” McGregor said. “I thought our guards as a whole played a tremendous game.”

Jack Amendola and Cole Weiss both scored nine points for the Tigers, who dropped to 10-11.

Hornets right the ship with win over Harvey