Huskies back for more 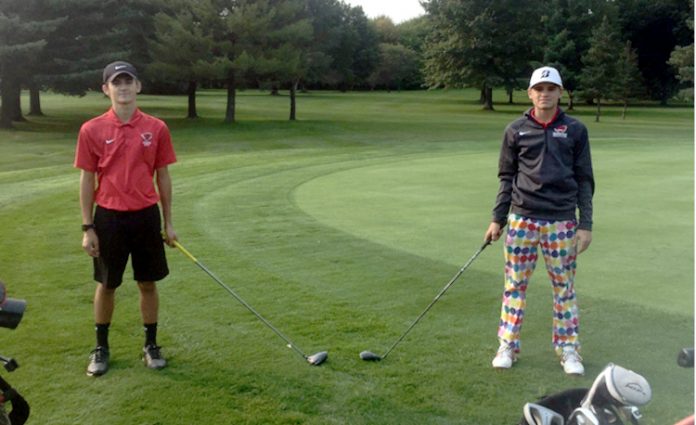 Last fall, Cardinal’s golf team won 14 matches and advanced as a team to the district tournament.

“Our one, two, and three spots are solid with three returning varsity players,” Topalian said. “They picked up a lot of great experience last year in both matches and tournaments. They will have to perform well every match as we are very inexperienced after them.”

While Cardinal returns a solid core group of players, the Huskies will tee up three players new to the sport.

“We need the top three golfers to get off to a fast start so that the new players can learn and become comfortable on the course,” Topalian said. “They will be challenged in August for sure, but we hope at least one of the four, five, and six spots will be match ready in September.”

Sophomore Troy Domen returns after a strong freshman campaign. He averaged 42 shots per nine holes and 86 in 18-hole rounds.

Domen earned honorable mentions honors from the Chagrin Valley Conference and the News-Herald and was a second-team All-Northeast Ohio selection.

“Tory is a natural athlete with a huge upside and potential,” Topalian said. “He’s long with the driver and irons. Troy is working on sharpening his short game.”

“Our returning captain, Seth is improving each season,” Topalian said. “He is working on his course management to play smart tournament golf.:

Callison, a first-team all-conference selection who also was named honorable mention by the News-Herald, averaged 45 and 94 strokes per nine and 18 holes, respectively.

“Conner is consistent and has played well late in seasons,” Topalian said. “He is working hard on keeping the ball in play to avoid the few blowup holes in a round that we all have.”

August 3, 2021
Independence returns plenty of talent from the team that finished fifth at state last season and the Blue Devils hope to make another run.

Cardinal earns a split at 87 Rumble