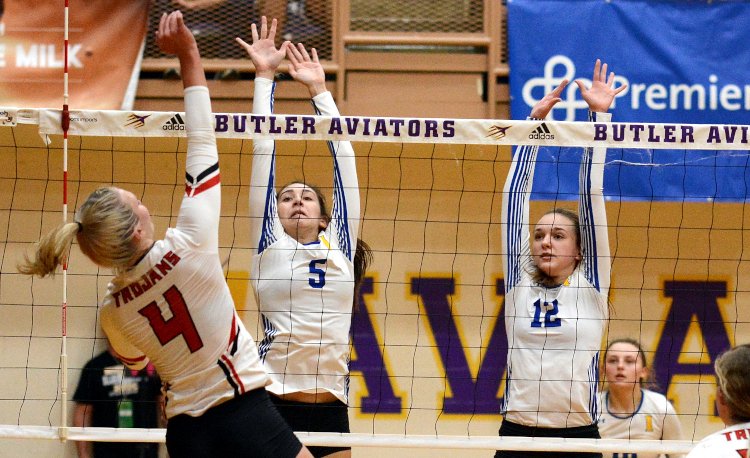 Independence opens the 2021 season riding a pair of impressive streaks and one monkey the Blue Devils hope to shake off their backs.

The Blue Devils have won 106 straight Chagrin Valley Conference games and are one of three Ohio high schools to have played in the last four Final Four tournaments. Independence also is just one of 22 schools to compete in four straight Final Fours in the history of the Ohio High School Athletic Association.

Despite their impressive runs, the Blue Devils are 0-3 in state championship matches. They hope to change that this season.

“Our goal is to return to the Final Four,” said fourth-year head coach Anthony Messina.

Independence first reached the Final Four in 2017. The Blue Devils fell to Coldwater in the state semifinals that year, 3-0. From 2018-2020, the Blue Devils advanced to the Division III state championship game but have yet to win the school’s first state title. They lost to Versailles in 2018, 3-0, and then dropped a pair of 3-2 matches to Liberty-Benton and Huron in 2019 and 2020, respectively.

While winning that elusive state title is the ultimate goal, the Blue Devils also have their sights set on continuing their dominance of the CVC.

Independence last lost a conference match in 2012 when rival Cuyahoga Heights won a 3-0 match. The Blue Devils did lose to Lutheran West in a 2016 district semifinal but that was before the Longhorns had joined the CVC.

Leading the way is a pair of four-year starters in team captains Abby Avila and Callie Prokopius.

Wilson, a senior outside hitter and tri-captain, returns to the team after missing last season with an injury. Taliaferro, a junior middle, earned honorable mention All-Ohio honors last fall along with first-team All-CVC and second-team all-district.

“Emily has a great work ethic and will help where needed,” Messina said. “Aubrey and Sofia are hard-working freshmen capable of helping us immediately.”

Click here to watch the Independence segment from the 2021 CVC Volleyball Media Day.