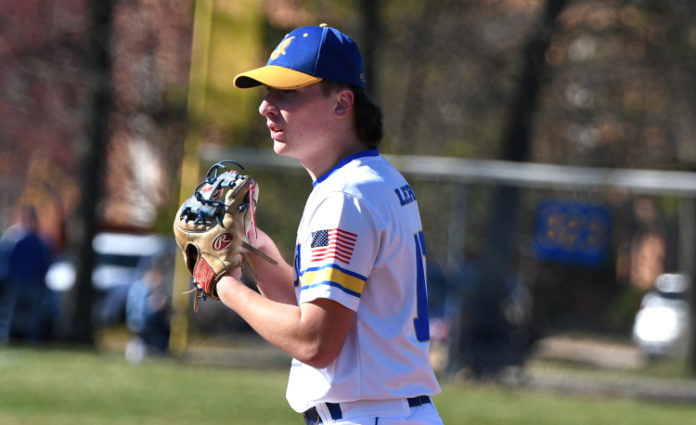 Independence pitchers showed no signs of rust in a 7-0 win at Trinity on Thursday.

Ashton Lerz and Connor Blum allowed a total of one hit and combined to strike out 13 in Independence’s first game of the week.

“It was a great win for us, especially after the uncertainty of the weather and not playing in a while,” said Independence coach Jim Crooks. “We pitched lights out. Ashton Lerz had a one-hitter through five innings. Connor Blum came in and struck out six straight batters.”

With the win, the Blue Devils improved to 9-4 overall and 7-2 in the Chagrin Valley Conference Metro Division.

Independence took a 1-0 lead in the top of the second when Rory Corrigan reached on an error and scored on a Matt Richards groundout.

Trinity loaded the bases in the bottom half of the inning but Lerz worked out of that jam.

Casey McGhee then singled to start the Independence third. Blum then walked and Corrigan reached on an error that made it 2-0. Cy Jolliffe and Charlie McGreal hit back-to-back singles to increase Independence’s lead to 4-0.

“We had some timely hits from some young guys,” Crooks said. “Cy Jolliffe had a couple of hits and three RBI. Charlie McGreal has been steady for us all year and Rory Corrigan hit well.

Blum walked and scored on a Lerz double. Richards then hit a two-out single to score Lerz and Jolliffe doubled to close out the scoring.

Jolliffe finished the game 2-for-2 with three RBI and he drew a pair of walks.

The multi-hit game was the third of the season for the freshman.

“Each and every game has helped me grow in confidence knowing the coaches put trust in me as a freshman to be out there,” he said. “I want to perform each and every time I am at-bat and the goal is to help contribute everything I can to get a win.”

Lerz allowed just one hit in five scoreless innings of work. He struck out seven Trojans.

Blum relieved Lerz in the six and fanned the final six Trinity batters that stepped up to the plate.

Independence’s win kept the Blue Devils in the hunt for the Metro Division championship.

The Blue Devils are tied for first place with Beachwood. The two league rivals will meet in a two-game series next week and both teams also have one makeup game to play to decide the league champion.

Beachwood hosts game one on Monday.

Blue Devils close out regular season with win at Brunswick