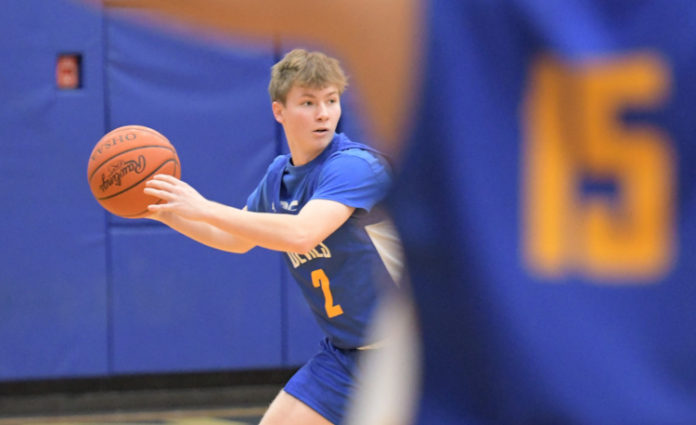 Independence bounced back from a disappointing loss to rival Cuyahoga Heights on Friday with a dominating 62-41 win at North Olmsted on Saturday.

With the win, the Blue Devils improved to 10-6 overall.

“It was a good bounce-back win for us after Friday night,” said Independence coach Kyle Johnson. “We came focused, played a lot harder than we did on Friday and moved the ball well. We had 10 guys score again, so it was a great opportunity for us to just get that bad taste out of our mouth from Friday night. We came out and moved the ball, shot the ball better and took the correct shots and passed the ball well. It was a good night for us.”

Kyle Zygmunt led the Blue Devils with 18 points. Casey McGhee and Adam Miklovic also scored in double figures with 11 and 10 points, respectively. Matt Richards contributed to the win with seven and Eric Mitrisin pitched in with six.

The Blue Devils drained eight 3-pointers as a team.

“Casey hit three big 3s for us,” Johnson said. “Kyle had 18. Inside-outside, pass the ball, he just does a lot of things for us other than scoring that is very important to our team.”

Blue Devils bounce back with win over Trinity