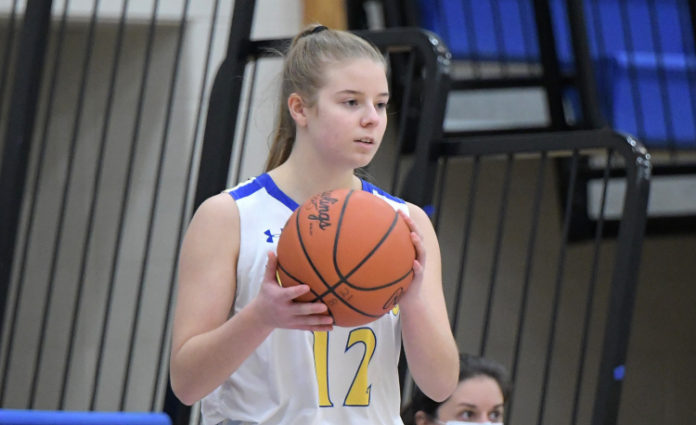 Independence’s offense was clicking early and its defense was stingy as ever in a 68-35 win over visiting Richmond Heights on Saturday.

The Blue Devils held the Spartans to just two first-quarter points as they built a double-digit lead and never slowed down.

“We were really were spot on today with our pace, intensity, and execution,” said Independence coach Mike Marcinko. “I’m really pleased with how we played as a team.”

Down one key starter, the Blue Devils were forced to share the basketball and each player rose to the challenge as 11 of the 12 who saw action scored in the game.

Natalie George scored five points and also was on point distributing the ball.

“As a team, we did a great job of creating opportunities for one another and getting open looks,” Stepanik said. “Anna and Natalie did a great job of moving the ball around and creating for us. Everyone knows their role. It’s a matter of individually, we all need to go that extra step and contribute more than we usually do.”

Stepanik scored 10 of her 12 in the first half and the Blue Devils’ bench finished off the game strong in the fourth quarter.

“Going up strong and confident was working for me,” Stepanik said. “I know what my teammates and coach expect from me to help us get the win.”

The Blue Devils, who improved to 8-3, host Lutheran West on Wednesday.