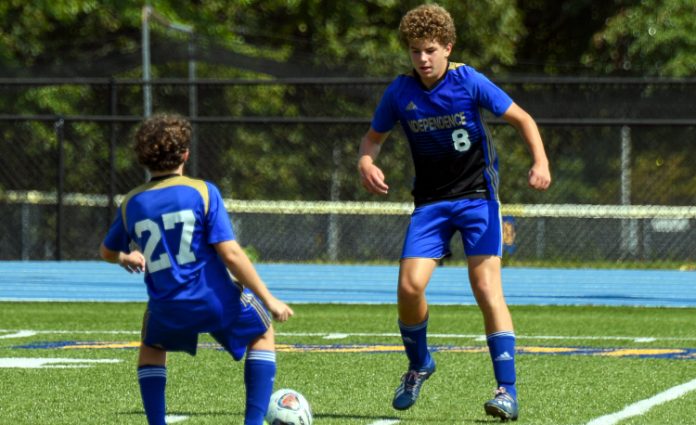 Independence bounced back from its second loss of the season with a 5-1 non-conference win over visiting Lake Ridge Academy on Thursday.

The Blue Devils, who lost to Beachwood on Tuesday, improved to 9-2-1 on the year.

“It was nice to get everyone on the field, especially having so many guys sick and injured,” said Independence coach Ryan MacRaild. “It was good to get the win after a loss. We had a great turnout for youth night with both recreation and travel kids there.”

Independence’s youth visitors were entertained by the Blue Devils, who recorded two goals each from Emmett Stralka and Aidan Coljohn and one from Khalil McDonald.

Stralka and McDonald also recorded assists in the win.

“The offense took advantage of some miscues early by the Lake Ridge defense along with a few nice finishes,” MacRaild said. “It’s good to find the back of the net again. We hope to carry that over Saturday against Keystone.”

The Blue Devils host Keystone in a non-conference game on Saturday at 7:00 p.m.