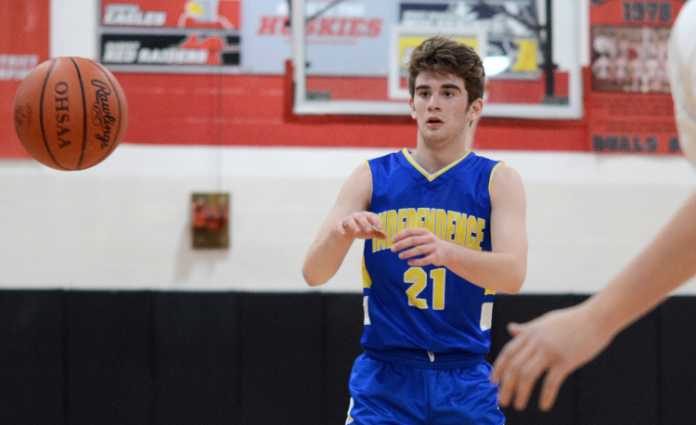 Independence got off to a fast start in its rivalry game against visiting Cuyahoga Heights on Tuesday then held off the Redskins down the stretch in a 43-35 victory.

With the win, the Blue Devils extended their winning streak to eight games.

“It’s an awesome thing, especially coming in our first year and trying to implement a whole new offensive and defensive system,” Independence coach Kyle Johnson said of the streak. “Kudos to the kids, they’re listening and paying attention to try and put in and play what we’re talking about every day.”

The Blue Devils, who improved to 11-4 overall and 9-2 in Chagrin Valley Conference play, scored the first 11 points of the game and led 18-8 at halftime.

They extended the lead to 31-14 after three quarters but allowed the Redskins to sneak back into the game in the final eight minutes.

“We didn’t finish well offensively,” Johnson said. “We started out great and kind of had a lull in the second quarter. We came out in the third quarter and started playing better. In the fourth quarter, they ramped up the pressure and we kept turning the ball over. That’s something we’ve got to do a better job of, taking care of the ball under pressure.”

“The coaching staff told Wyatt and Thomas, the seniors, we told them this is your last Cuyahoga Heights game for your career and they showed up,” Johnson said. “They came out ready to play today and kind of set the tone for us.”

Independence will put the streak on the line in a challenging stretch of games beginning on Friday when the Blue Devils host Kirtland (12-2). After that, they’ll host Richmond Heights (13-4) on Tuesday and then they’ll travel to Lutheran West (9-6) on Friday, Feb. 7.