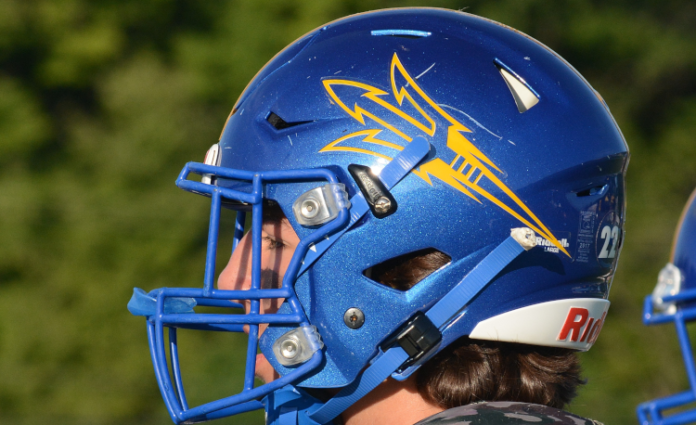 Leading the way was senior linebacker Adam Miklovic, who was named first-team on defense but also was honored as the Division VII Defensive Player of the Year.

“I think this award means a lot to me because it highlighted what a great season and a great group of guys we had,” Miklovic said. “Every player on the team always gave it 100-percent all game and always believed we could win. Being with a group of guys like this helped elevate my play.”

Independence won its first four games and finished the year with a 6-2 record.

That success was due largely in part to the tenacious defense, led by Miklovic.

“The defensive coaching staff played a huge role in my success this season,” Miklovic said. “Coach (John) Shirilla came up with great game plans every week, and coach (Dan) Molls helped me improve my ability to read pulling guards. Lastly, from the time I was a freshman, I have always watched an hour or two of film to learn and recognize offensive schemes. Preparation is important.”

As a freshman, few may have projected Miklovic as a future all-district performer, let alone the Defensive Player of the Year.

That transition was the result of individual effort and good coaching.

“I hope coach (Rick) Adams can use me as an example for future Blue Devils,” Miklovic said. “I may not have always been the most athletic or strongest player, but through hard work, effort, and a lot of time in the weight room, I was able to become a consistent contributor to the team.”

Coach Adams was named the district’s Division VII Coach of the Year.