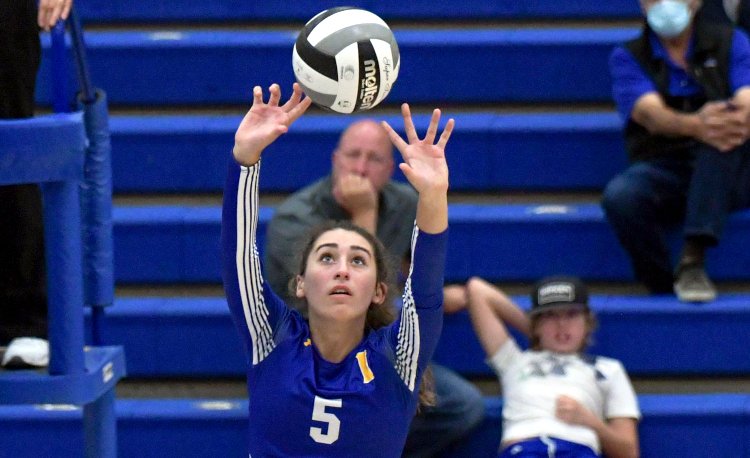 Independence opened the postseason with a 3-0 sweep of visiting Fairless on Thursday.

“The key to the victory tonight was having energy every play and encouraging and talking to our teammates,” said Independence senior setter Abby Avila. “We have been struggling with that lately and we have been focusing on that this whole week in practice.”

Independence swept an opponent for the 17th time in 23 matches, but they went to five sets in two of their last five wins—against Division I opponents Padua and Wadsworth.

“We all played well tonight,” Avila said. “My passers did a great job of giving me a good tempo pass so I could set my hitters up for the best.”

For Avila, the win was bittersweet as the realization set in that she’s playing in her final postseason tournament as a Blue Devil.

“This postseason is definitely different,” she said. “It is still not kicking in that I am a senior and this is the final run. It is crazy to think that there is no next year; this is the year.”

Each time, they settled for state runner-up but they hope to end their careers with that elusive state title.

“It is hard, the whole year we are waiting for this one game,” Avila said. “We take it one day and one practice at a time. We focus on one game at a time because it’s one and done. If we aren’t focused or are looking ahead in the postseason, there is no states.”

Independence, the No. 1 seed in the Northeast District, advanced to play No. 10 Chippewa in a district semifinal on Wednesday at Elyria.