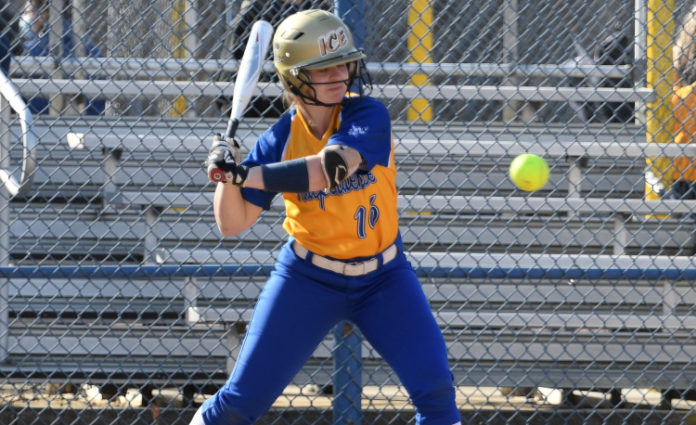 Independence’s young lineup got off to a slow start in Tuesday’s season-opener against visiting Garfield but the Blue Devils pulled it together and beat the G-Men in five innings, 12-2.

“We came out in the first inning and we weren’t communicating,” said Independence coach Garry Moore. “You can practice all you want but until game time comes you don’t know what to expect. We have a lot of new faces and these kids were just going through the motions like at practice. That’s what happened in the first inning, they were just going through the motions.”

Garfield opened the game with back-to-back singles and a third hit gave the G-Men an early 1-0 lead.

After regaining their composure, the Blue Devils manufactured three runs in the bottom of the first to take the lead for good.

After a scoreless second, Independence added a run in the third on a solo shot by Porter to push its lead to 4-1.

Porter also picked up the pitching victory. She allowed one run on seven hits and struck out five.

“Ashleigh pitched very well,” Moore said. “She hit her spots for the most part. The one girl hit her for a home run but Ashleigh has to be on for us because we’re expecting that from her. She did well. She hit a home run and she pitched well.”

Independence added five runs in the fourth and three more in the fifth to invoke the run rule.

The Blue Devils pounded out nine hits in the five-inning win.

“They got it together and we played well,” Moore said. “I’m pretty happy with that and going forward, we have to take that momentum into the next couple of games with Crestwood on Thursday and North Royalton on Saturday.”