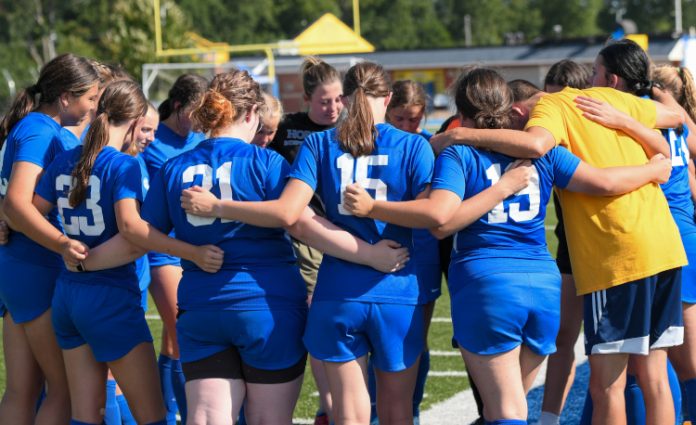 Independence surrendered an early goal and trailed for most of the game until Makenna Rini found the back of the net with 25 seconds remaining to secure a 1-1 tie with visiting Beachwood on Thursday.

Rini nearly scored the game-winner 20 seconds later but the Bison survived the scare.

Independence goalie Keely Sears, who recorded nine saves in the game, cleared a ball from inside the box.

An unfortunate bounce hit a Beachwood player and bounced past Sears and rolled into the net for an early 1-0 Bison lead.

Independence regrouped at halftime and maintained its possession advantage.

The Blue Devils also intensified their attack but had nothing to show for it as they hit the post twice and a well-placed corner kick also narrowly missed the net.

With time dwindling down in the second half, Rini secured a cleared ball and sent it past the Beachwood keeper for the equalizer.

She went for the game-winner with fewer than 10 seconds remaining but her shot missed the net with just five seconds left to play.

“When Makenna decides to make plays like that consistently, she will turn herself into a very good player,” Less said.

Independence, who improved to 5-5-1 overall and 3-2-1 in the Chagrin Valley Conference Metro Division, hosts Brush on Saturday.