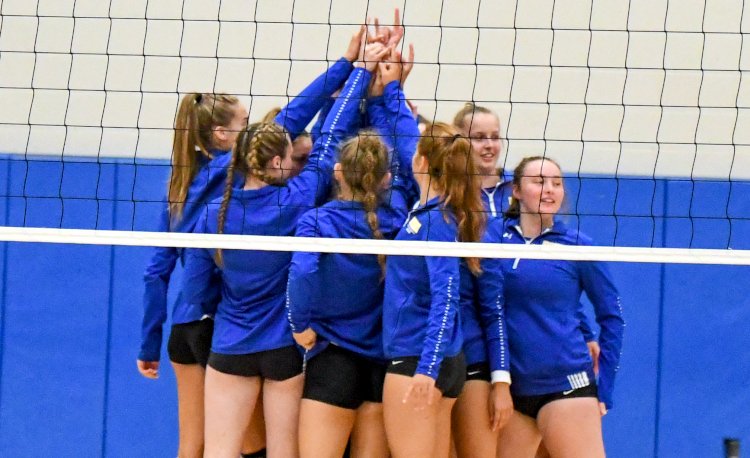 Independence swept host Trinity on Tuesday on the way to recording its 113th straight conference victory.

“That was definitely a consideration going into today knowing that we dropped a set to them last year,” said Independence senior setter Abby Avila. “We knew that they would come out with a ton of energy especially it being at their place. It was great to be able to go to their place and get a sweep. Trinity had a lot of energy to start the match, so that was definitely tough for us at the beginning.”

Independence used a tried and true formula to record their 113th straight conference win and 16th straight sweep of a league opponent.

That success starts with great defense and an offense that has the ability to spread the ball from post to post.

“We all really came together tonight and worked hard for this win,” Avila said. “All my hitters did a great job of putting the ball down and I knew I could trust any of them to do that. It also helped that everyone was giving me good passes to give me the opportunity to do that.”

The Blue Devils, who improved to 12-0 overall and are ranked No. 3 in the latest Division III state poll, travel to Magnificat on Wednesday for a non-conference match against the No. 6 team in Division I.

“We are all very excited for the match against Magnificat,” Avila said. “It’s going to be a super good game with tons of energy. We have been waiting all season for a good game like this and we practice hard every day against each other in our gym and we are ready for this challenge. We are all going to have to work together and stay focused to be able to win.”