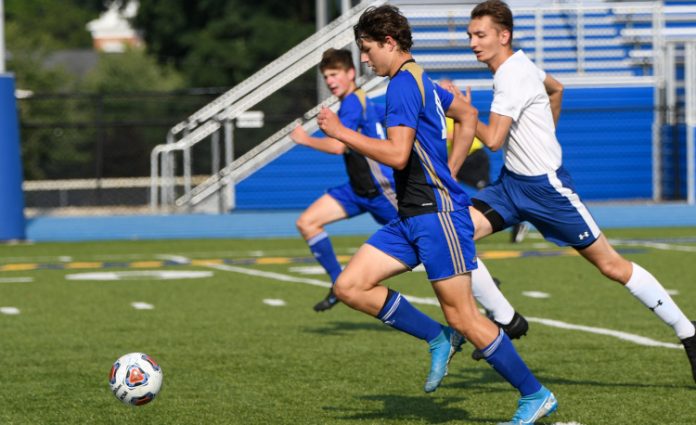 Independence scored five second-half goals on the way to a 6-1 non-conference win over visiting Open Door Academy on Thursday.

Aidan Coljohn and Emmett Stralka both contributed a pair of goals in the win.

“It took us 30 minutes to score but our second-half adjustments and a little extra ball movement created some chances,” said Independence coach Ryan MacRaild. “It was nice to beat a team that was 4-0 until tonight.”

Kyle McGovern and Khalil McDonald also scored. McDonald and Sam Eisenmann both assisted on goals and Braden Flynn recorded five saves in the game. The one goal he allowed was on a penalty kick.

Coljohn scored his first goal off a Charlie McGreal cross.

“I got a clean first touch on it outside and found the back of the net,” Coljohn said. “The second goal was on a counter-attack. Charlie McGreal played a great ball down the line. I took a few touches and hit it low in the corner.”

With the win, Independence improved to 4-0.

“We have found great success by playing as a team,” Coljohn said. “Our passing has been good and we find each other in the right places at the right times. We have been sharing the ball around and getting everyone involved. It’s key having multiple scoring threats because if one player is struggling to find the back of the net we know we have other players who will step up.”