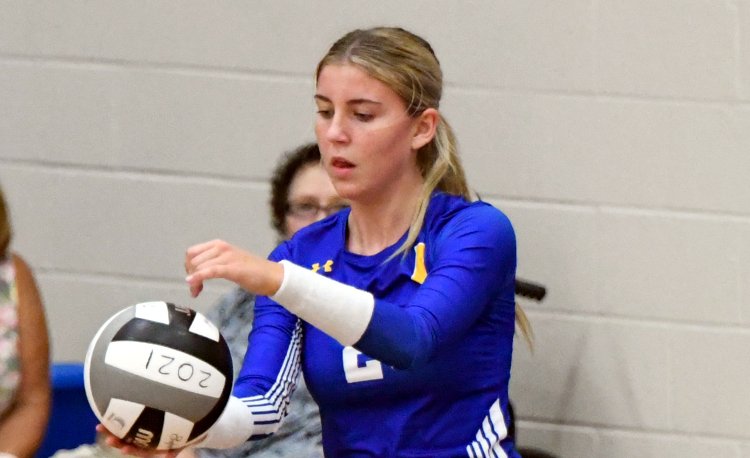 Independence got off to a fast start and only got better in winning a road match over rival Cuyahoga Heights on Thursday, 3-0.

“It’s fun to play your rival in every sport,” said Independence senior Callie Prokopius. “Coming off the big football win against them made us want to go in there and do the same. They brought so much energy into the game tonight, especially in the first set. We knew we had to focus and pick up our game and that is exactly what we did.”

Independence played without libero Macy McNamara, but the Blue Devils had plenty of talent on the court. Setter Abby Avila continued to masterfully distribute the ball to Independence’s potent hitters and the Blue Devils didn’t skip a beat on defense.

“The other girls stepped up as we knew they could, which made it easier for Abby to spread the ball around,” Prokopius said. “We all believe in each other, even if one person is struggling more than others. Abby is confident in all her hitters and that helps us take care of the ball on our side of the court.”

With the win, the Blue Devils extended their conference winning streak to 112 straight matches.

“It’s awesome to acknowledge that we have won 100-some straight conference games, but our goal is bigger than that and we take it game by game,” Prokopius said. “Getting to the second half of the season, we know we have to keep working hard in practice every day and focus on the goal. We are excited for the competition ahead of us.”

Independence travels to Trinity on Tuesday. The Trojans are the only league opponent to win a set against the Blue Devils in the past five seasons.

October 13, 2021
The CVC Metro Division title was on the line when Lutheran West visited Independence on Tuesday. The Blue Devils won, 3-1.