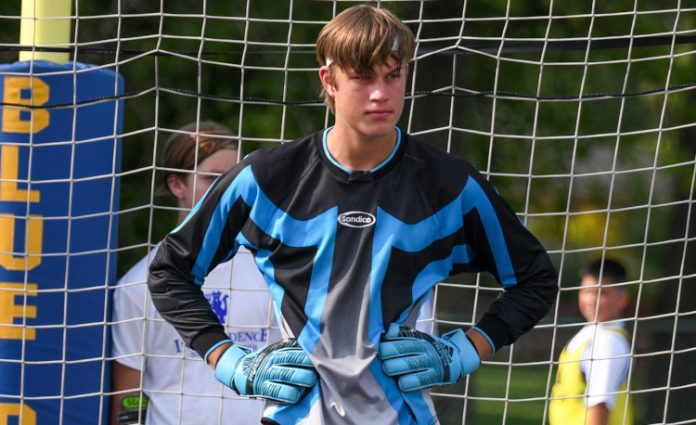 Casey McGhee and Emmett Stralka both scored goals to lead Independence to a 2-1 nonconference win over visiting Tallmadge in a Battle of the Blue Devils on Saturday.

McGhee swiped possession from a Tallmadge defender and buried a shot in the net for a 1-0 first half lead and Stralka scored off of a corner kick in the second half to push the Independence lead to 2-0.

That held until Tallmadge scored on a penalty kick midway through the second.

“It was a hot one,” said Independence coach Ryan MacRaild. “Casey got a turnover deep in their half and hit a nice low hard shot for a 1-0 lead, which held until the second half. Emmett was taking the SAT and didn’t get there until halftime but came in and scored off a rebound on a corner. They scored on a PK with about 20 minutes left but we held on and got out with the win.”

“It was a solid team effort against a pretty solid team,” MacRaild said.