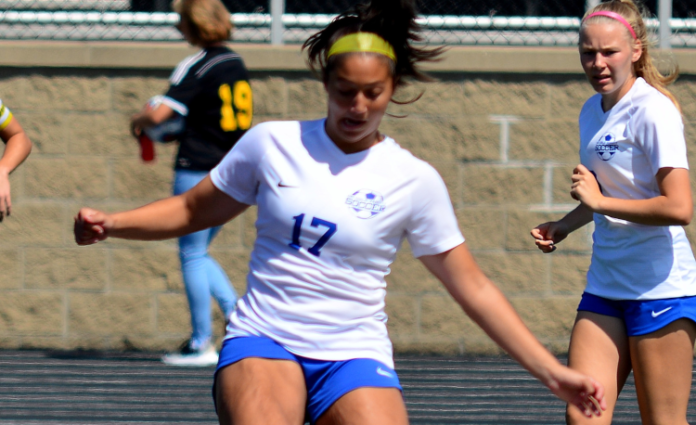 Independence and Beachwood have played every year since 2007 with back-to-back wins a rarity in the series.

The Blue Devils won last year’s matchup 2-0 and on Thursday they picked up their second straight over the Bison with a 1-0 victory.

“Our defense played really well,” Independence coach Bryan Less said. “We put our plan in place and they did it to perfection. Rachel Belitz, Sophie George, Addie Westerburg, Jessica Harb, and Casey Adams did a nice job. We knew Beachwood had two really good players so we knew we had to control them and make sure they didn’t have any breakaways. The girls did exactly what I asked them to do. They won the big punts from their goalie and anything that got past them; they just put it out of bounds to prevent the big breakaways.”

Riccela DiGeronimo scored off of a rare goalkeeper assist midway through the first to record the game’s only goal.

“Maria Bellitto, our goalie, she picked up the ball and threw it to Riccela wide open in the middle of the field,” Less said. “She made a couple of girls miss and put it in.”

The goal was the sixth of the season for DiGeronimo.

“We started off the game with great intensity,” she said. “We knew coming off a loss on Monday we had to come out strong with very high intensity. We did a great job of keeping that intensity the whole game and keeping our composure. Games like that are always very fun and exciting. You never know what could happen in the last 30 seconds of a game like that. We had a great team game all-around, which really made a great team win.”

Independence now holds a 6-5-4 advantage over the Bison since 2007.

The Blue Devils, who improved to 6-2, host Wellington on Monday while Beachwood, who dropped to 1-3, hosts Perry on Tuesday.