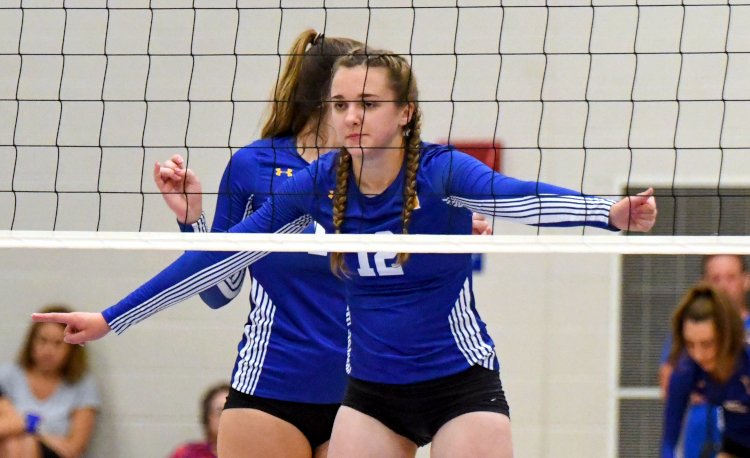 Independence improved to 7-0 with a 3-0 sweep of host Beaumont on Wednesday.

“Our passing was in system, which made it easy to get our middles going,” said senior Hanna Wilson. “This allowed us to work our way to the pins. We have been working on staying disciplined on defense and it showed in the game tonight.”

Independence has keyed in on finding a way to involve its middle hitters—Wilson, freshman Aubrey Anders, and senior Grace Taliaferro—and each delivered in a big way in the win.

“We knew we wanted to utilize our middles and they were extremely successful in scoring,” Wilson said. “Our out-of-system hitting has been a main focus of ours and we executed well out of system.”

Independence, the Division III state runner-up, has won all seven of its matches with a 3-0 sweep.

The Blue Devils travel to Riverside on Saturday as they look to extend their winning streak and prepare for another deep run in the postseason.

“As the season goes on, we continue to jell even more,” Wilson said. “We have a great group who enjoys spending time together outside of the gym as well as on the court.”

No letdown for Rangers in win over Riverside