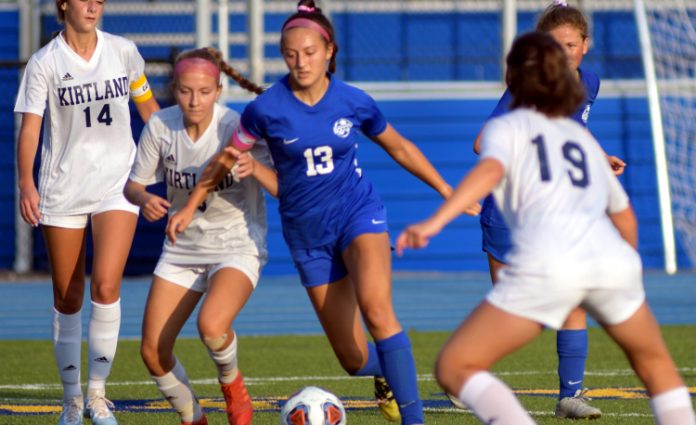 Independence senior Alex Adams earlier this week announced her intention to continue her education and soccer career at Rose-Hulman Institute of Technology in Terra Haute, Ind.

“It’s incredibly exciting to have the chance to continue my playing career in college,” Adams said. “This is definitely something I have worked towards for a long time and I am very grateful to the coaches at Rose for the opportunity.”

RHIT began recruiting Adams in the spring of her junior season.

Adams visited the school that summer for a recruitment camp and returned in March for a tour of the campus.

“The new classrooms, workspaces, and athletic facility really made if feel like home,” Adams said. “Rose’s academics were a big selling point for me. Although it seemed a little intimidating at first, the challenging, yet cooperative academic atmosphere and past student success really hit home.”

She also felt comfortable with the coaches and the current players she met during her visits.

“The coaches and players at Rose are very welcoming and kind,” she said. “It was amazing to get to know people who were just like me, who valued their academics but also had a passion for soccer. They will definitely help me settle into things as a freshman, especially since the players want to help us succeed both on the field and in the classroom.”

As a four-year starter at Independence, Adams scored 51 goals to finish her career as the school’s third-most prolific goal scorer and fourth all-time in points scored.

The Blue Devils finished 41-27-4 with her on the roster, which is the program’s second-best four-year record and also led the team to its first district title.

She hopes to continue her success at the next level, where she expects to play a utility role.

“As a recruit, I labeled myself as an Outside Back since that is a position I feel very comfortable playing, but once the season rolls around I will be filling any position needed, especially since I have experience at just about every position,” she said. “I would say I fit the role of a utility player, someone who is versatile and can fill a lot of different roles.”

North snaps another streak with win at Harvey