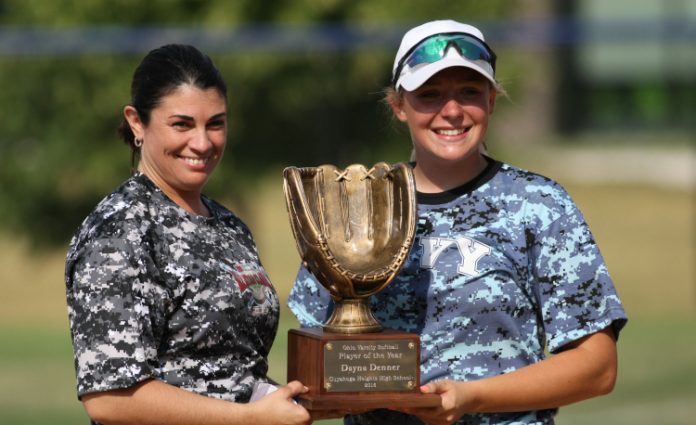 The 2022 Ohio Varsity All-Star Classic presented by Scorestream will be held on Wednesday, June 15 at Mentor High School.

Over 30 of the area’s top high school seniors will compete in a throwback game paying homage to A League of Their Own, the movie depicting the story of the Women’s Professional Baseball League, which turned 30 this year.

The teams in the game will represent the two teams that played for the World Series in the move, the Racine Belles and the Rockford Peaches.

The 2016 Ohio Varsity Player of the Year, Dayna Denner of Cuyahoga Heights High School will throw out the first pitch. Denner went on to play at Ashland University, where she was named the conference’s Freshman of the Year and she also earned All-America honors. She then transferred to Toledo, where she was named the Mid-American Conference Player of the Year in 2021 and finished her career as the school’s all-time home runs leader and she led the Rockets in 15 statistical categories.

Rosters and ticket information are listed below.

West Geauga hopes to bounce back