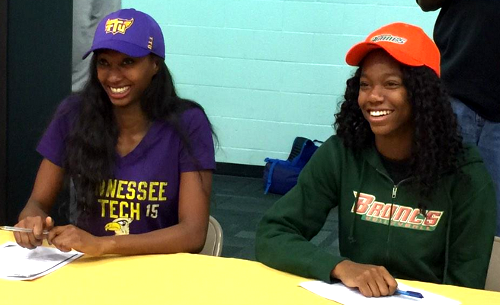 “Shaneice will graduate Beachwood as one of the best volleyball players to come through the program to date, as seen with the many school records she has broken and the stats she has accumulated throughout her high school career,” said Beachwood coach Sarah Schoenhagen. “Shaneice is a team player that never complained and brought a strong presence to both the offense and defense of the team this year. Her selflessness and presence will truly be missed next year. We are positive that she will do great at Tennessee Tech and will be able to unlock a whole new level of her game.”

“Valisha was our offensive powerhouse this year; there's no denying the presence she had on the floor this year,” Schoenhagen said. “Valisha came in this season and gave it everything she had on offense and defense. Valisha made her mark in Beachwood school records dominating every attacking category throughout her high school career. We are positive Valisha will bring this 'killer' mentality to the next level at Pan American next year.”