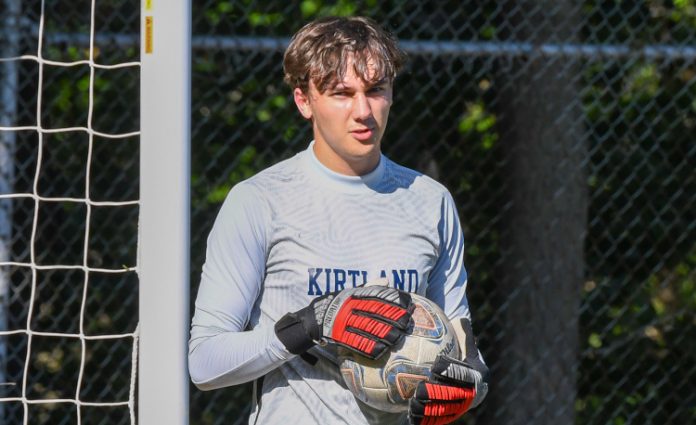 For the fourth time in five games, Kirtland held its opponent scoreless as the Hornets blanked visiting Lakeside on Tuesday, 7-0.

Despite playing shorthanded, the fourth-ranked Hornets had four different players score goals in improving to 4-0-1 on the year.

“Peter Vukovic and Evan Dures sat out of today’s game with injuries so it forced us to play some younger players and try some others in positions they haven’t played before,” said Kirtland coach John Valentic. “Overall, it was a decent team performance with special mention to Austin Leland who led the team with two goals and two assists.”

Marco Valentic and Jason de Zwaan both also recorded two goals in the win and Anand Sundararajan scored one. Valentic, de Zwaan, Sundararajan, and Vince Carriero each assisted on a goal.

Anthony Svigel and Jack Green combined to hold the Dragons scoreless but neither recorded a save.

Instead, Kirtland’s midfield controlled possession and prevented the Dragons from mounting an attack.

Despite the lack of activity, Svigel’s confidence as a first-year starter is growing.

“Keeping a clean sheet always builds my confidence but I feel like it also builds trust in the whole team that the defense can stay focused the whole game,” he said. “A key development as a keeper this season is always giving it 100-percent in practice and training outside of practice. Also having previous experience as a keeper helps a lot.”

The Hornets travel to Riverside on Thursday.