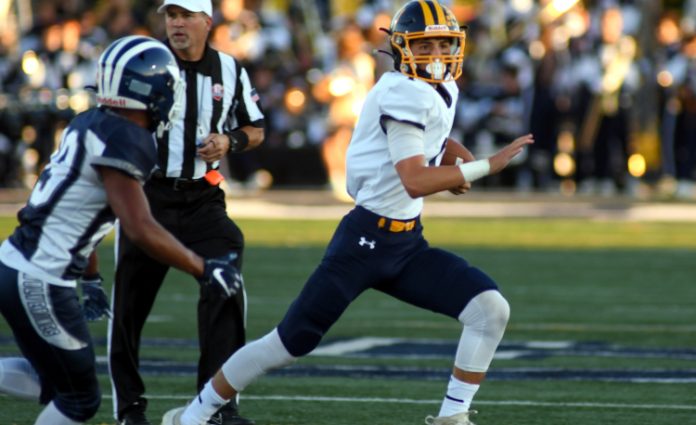 CHESTERLAND—Kirtland dominated all facets of the game in a 42-0 win at West Geauga on Friday.

The Hornets recovered a fumble on the first offensive play of the game and went on to score 42 unanswered points in improving to 4-0 overall and 1-0 in the Chagrin Valley Conference Chagrin Division.

Will Sayle scooped up the fumble and reached the West Geauga seven before Rocco Alfieri scored the first of his three touchdowns on a five-yard run with 10:11 remaining in the opening quarter.

Alfieri added a five-yard touchdown run in the third and Gogolin broke off a 71-yard scoring run late in the third quarter to close out the scoring.

LaVerde completed 4-of-8 passes for 86 yards and two touchdowns.

Gogolin led the rushing attack as he ran for 139 yards on 11 carries with the touchdown. Alfieri finished the game with 11 carries for 42 yards and three scores.

Barisic finished 5-for-5 on point-after tries while Xavier Lasecki was 1-for-1.

West Geauga’s Finn Keenan completed 16-of-29 passes for 83 yards. Justin Artino led the Wolverines on the ground with 15 yards on three carries.