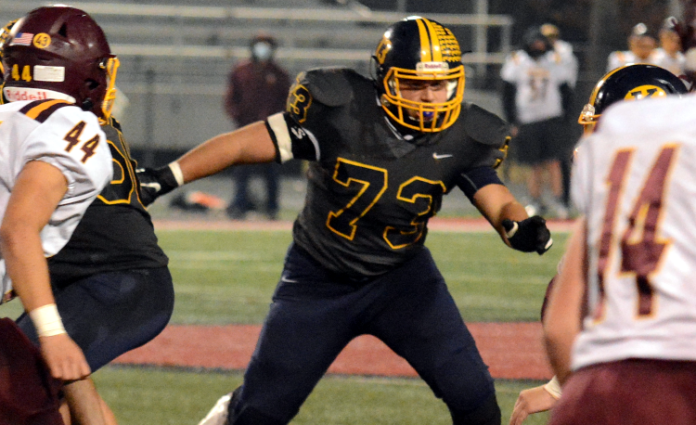 Kirtland recently advanced to play in its ninth state semifinal game in the last 10 seasons and on Monday, 15 of the Hornets earned all-district honors.

“These kids have worked very hard and deserve all the awards they get,” said Kirtland coach Tiger LaVerde, who also was recognized as the Division V Coach of the Year. “They’ve done a great job. Last year they did a fantastic job going 15-0 and a lot of them are back this year.”

“It means a lot to me to see all the hard work that I’ve put in the past four years to pay off,” Grazia said. “I can’t just take all the credit though. A lot of it goes to my coaches that put me into positions to be successful and giving us good game plans that allow us to be successful. Also my teammates, the job they do and what they do allows me to excel in my spot and to be the one to receive this award means a lot. It’s great to have the individual success, but the success of the team means the most to me and hopefully, our hard work as a team can pay off in the weeks moving forward.”

Offensively, Sullivan has collected 1,186 rushing yards on 125 carries, good for an average of 9.5 yards per rush, and he has scored 17 touchdowns.

“This means a lot to me,” Sullivan said of the Player of the Year honor. “I’ve been working really hard to be where I am and the hard work is paying off.”