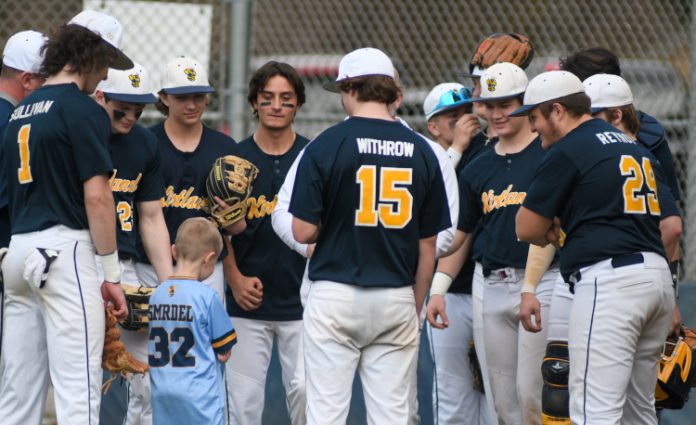 Kirtland made quick work of visiting Berkshire on Monday as the Hornets needed just five innings to down the Badgers, 13-2.

The Hornets, who improved to 10-8 overall and 6-4 in the Chagrin Valley Conference Valley Division, pounded out 14 hits and Gino Blasini went the distance on the mound.

“Overall, it was a great team performance today,” said Kirtland coach Luke Smrdel. “The offense got it done, Gino got it done on the mound, and we played good defense as well.”

With Blasini on the hill, the Badgers had few opportunities to manufacture runs.

“He’s got a lot of talent and we knew that coming into this year,” Smrdel said. “It was a little bit of a development process just getting him work but he’s come a long way. He knows the importance of throwing first-pitch strikes and he’s getting the job done.”

Offensively, the Hornets spread the wealth.

Pierce Boyd was 3-for-4 with two runs scored and three runs batted in. Gage Sullivan was 2-for-4 with two doubles, a run scored, and a team-best four RBI. Mason Rus and Tyler Turk both finished with two hits and Rus added a double.

Tommy Gogolin, Luke Chuko, Jonathan Withrow, Micah Reynolds, and Trip Thaler each had one hit for the Hornets.

“It was awesome,” Smrdel said of the offensive output. “They had the right approaches at the plate and that’s what we’ve been preaching all year. We want them to put the ball in play and move runners around to manufacture runs and that’s starting to happen. Good things happen when you do that.”

Kirtland travels to Berkshire on Tuesday.