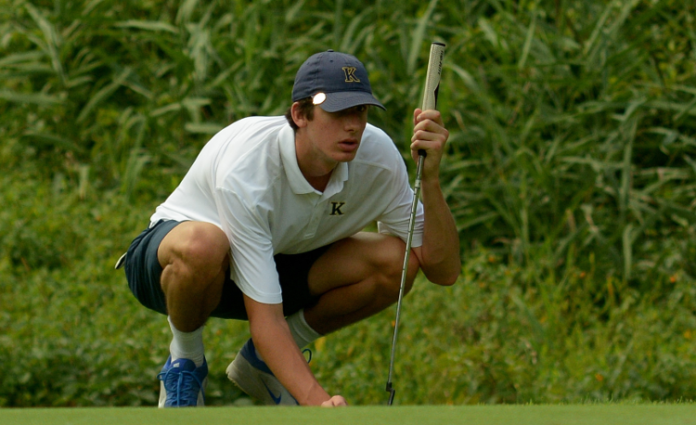 “I was surprised to come in with medalist honors as Jack (Dever) and Adam (Mueller) had off days and I was just glad I could give a boost to the team’s score,” McGill said. “Honestly, it all came down to my short game. I was chipping well and I was putting well. I struggled a little bit with my driver today, but then after discussing with coach (Sam) Kless, I started hitting my four iron off the tee, which I found success with. This was a huge confidence boost after coming off a bad match in which I shot 49. Now I just hope to stay consistent as the season goes along.”

Dever and Mueller both finished at 42 and Reese Van Arnhem shot a 46 to round out the scoring for Kirtland.

Sagi led the Blue Devils with a 41. Carson Bianco carded a 44, Hugh Corrigan finished with a 47 and Mike Jedrzejek shot a 49.

“I’m very happy for senior Tyler Sagi. That was the first time in his career that he earned medalist honors,” said Independence coach Mark Echstenkamper. “A 41 is a really good score, especially at a course he hadn’t played before.”

Hornets continue to roll in win at Fairport