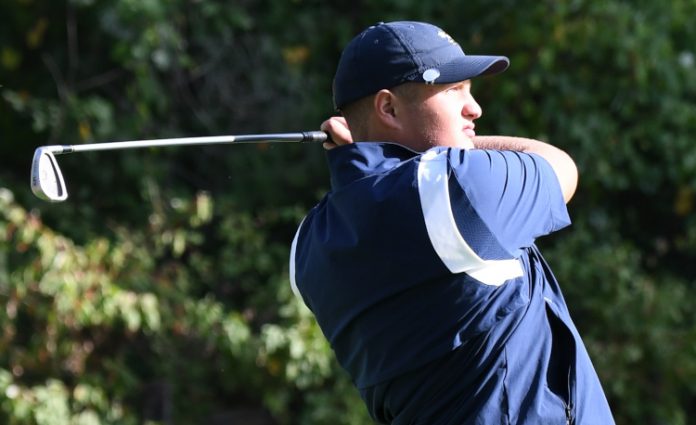 Kirtland head coach Sam Kless knew he’d have some rebuilding to do in 2022 and he’s pleased with the progress he’s seen out of his young squad this season.

The Hornets have just one win this season, but for Kless, it’s not about the wins. He’s more focused on each player progressing and developing the consistency they’ll need for future success.

“First off, this has been a really good group of kids to work with,” Kless said. “I’ve been blessed the past two or three years with guys that could break 40 on any given night, but this year we don’t have that. I have been pleased with how they are progressing. They’re getting better but it’s such a short season. I just wish I had more time with them.”

Kless, a PGA pro with over 20 years of experience, is working hard to rebuild the Kirtland program.

Over the summer, he hosted a youth camp that attracted 46 golfers. That camp led to four new golfers for the high school program, but it’s going to take some time for them to develop the skills needed to maneuver the course.

“Because our numbers are so low, I had to run a youth camp and we had four new kids come out, but three of them have never picked up a golf club,” Kless said. “We had a bunch of seniors come out too and I’m going to play them all against Chagrin Falls on Wednesday, so they can have that experience. We’ll have some youngsters coming up next year so next year, we’ll be able to say we’ll be a little more competitive.”

The Hornets finished sixth at the Chagrin Valley Conference Chagrin Division preseason tournament with no player finishing higher than 25th.

Crisci has had some moments this season that indicates he’s picking up the sport in a hurry. Reynolds is one of Kirtland’s most experienced golfers and he’s focused on becoming more consistent.

“Knox is slowly improving and has broken 50 the last couple of times out, and that’s the improvement I’m looking for,” Kless said. “Micah has shot this year a 43 and a 42, but then he’ll shoot 52. There’s no rhyme or reason for it but if he puts it all together he could be dangerous. He hits the ball a mile, he just has to get more consistent and hang in there.”

Kless has changed his coaching style to match the ability of his players.

In the past, with quality golfers such as Victor Alfieri, Adam Mueller, and Jack Dever, among others, Kless had the ability to coach those players to attack the course.

“Our strategy this year is to really just stay away from the big numbers,” Kless said. “Their game plans are to try not to make a bad shot worse.”

The Hornets will compete in the CVC postseason tournament on Monday at Quail Hollow and then head into the postseason.

Badgers look to develop in a hurry