Kirtland grinds out win over Garfield 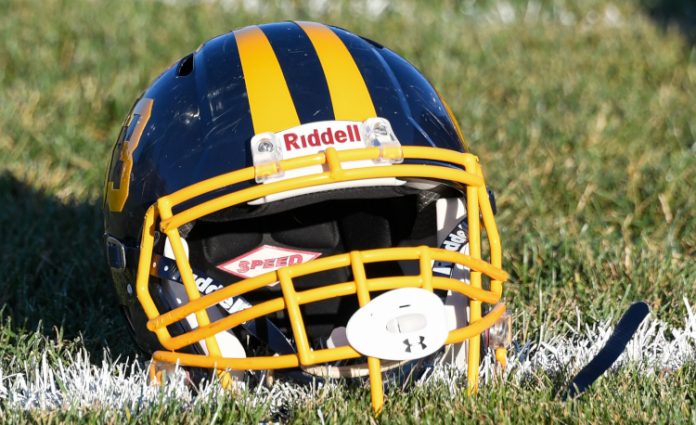 Garrettsville Garfield learned the hard way that it’s sometimes better to take some chances than to put the football in the hands of Kirtland’s offense.

Trailing 18-0, Garfield scored a touchdown and an extra point with 10:21 left in the game. Rather than attempt an onside kick, the G-Men kicked off to the Hornets, who put together a scoring drive that covered 80 yards on 15 plays and chewed up 9:14 of game clock.

“Coming into this game, we knew they would be physical but last week prepared us for it and we had a great week of practice leading up to this game,” said Kirtland’s Mason Rus, who ran for a career-high 230 yards and two scores. “Having rushed for over 200 is awesome but I have to give it up to the O-Line, they do amazing work and we knew where the open gaps were going to be offensively.”

Inclement weather slowed down both teams but Kirtland finally found some rhythm when Nick Barisic kicked a 27-yard field goal with 9:58 remaining in the first half. Rus added a nine-yard touchdown run with 6:28 left in the second quarter to push Kirtland’s lead to 9-0 at the break.

Rus scored on a two-yard run early in the third quarter and Barisic added a 21-yard field goal to increase the lead to 18-0 entering the fourth quarter.

Garfield tried to save its perfect 12-0 season with a 36-yard touchdown pass from Brody Swigonski to Ryan Stoller that pulled the G-Men to within 18-7 with just over 10 minutes left in the game.

A personal foul on the Hornets set up the Garfield kickoff team at the 45-yard line but the G-Men opted to kick off and put the game on the shoulders of their defense.

Kirtland’s balanced rushing attack took it from there.

Rus carried eight times for 59 yards on the drive and Tommy Gogolin ran three times for 21 yards, which included his nine-yard touchdown run with 1:07 left.

“That last drive was a great picture of how well we are coached and the will of everyone blocking late in the game,” Rus said. “The last drive was huge for us mentally and great for our defense to have to only manage a few seconds left. We made a nice statement on the drive to end the game.”

Garfield’s final drive resulted in a sack, an incomplete pass, and the Blasini interception.

With the win, the Hornets improved to 12-0 and extended the nation’s longest winning streak to 53 straight games.

Kirtland will play Canfield South Range in the regional championship next Saturday at a location to be determined.