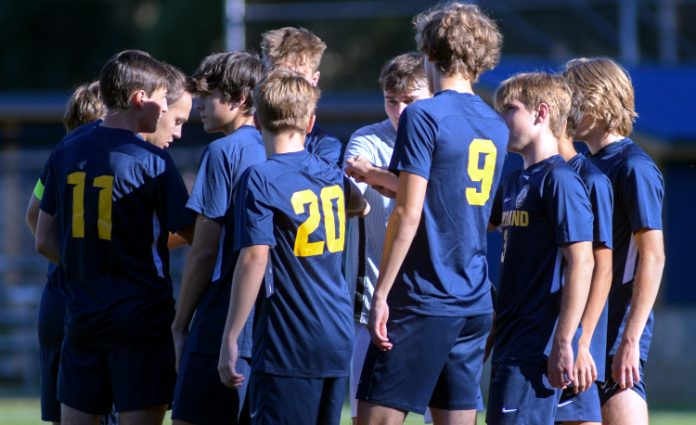 Kirtland didn’t play its A game in a non-conference showdown at Lake Catholic on Thursday but the Hornets played well enough to escape with a 3-0 victory.

“It’s safe to say that this wasn’t our best game so far,” de Zwaan said. “However, we still made sure to score some of our chances and our goalkeeper had another great game which definitely helped. This shows that even on our worse days our team is determined to win and we’ll still fight for that victory.”

Dures gave the Hornets a 1-0 lead and de Zwaan added the two insurance goals to lead the Hornets to their 12th win of the season. Kirtland has now won 12 or more games in four consecutive years.

“My first goal was scored by a through ball which I safely passed into the net as their keeper ran out to the ball,” de Zwaan said. “Then my second goal was a header into the top right corner.”

Marco Valentic recorded his team-leading 21st assist in the win and Petar Mijic-Barisic and Rocky Mongeluzzi also assisted on goals.

Anthony Svigel recorded one save as the Hornets notched their eighth shutout of the season.

The Hornets (12-1-1) close out the regular season against Beachwood, Independence, and Eastlake North, three quality opponents who will push the Hornets in their final tune-ups for the postseason.

“Our high potential is not always easy to live up to,” de Zwaan said. “Our next few games are against solid teams and I believe that if we can put up a good fight against them that we will be more than prepared for the playoffs.”