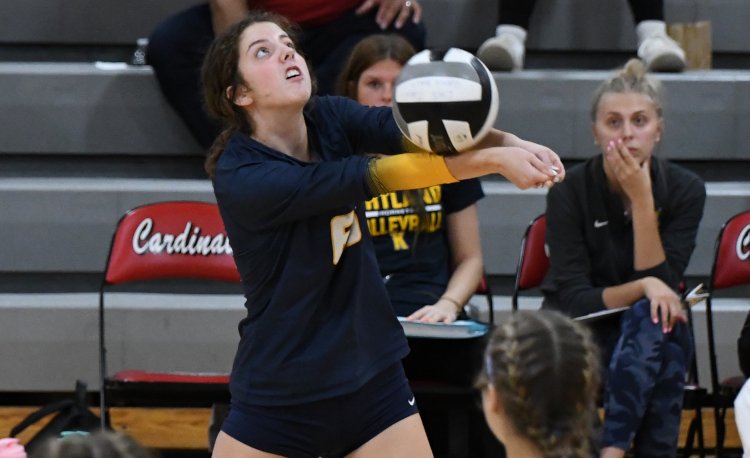 Two months ago, Kirtland opened the 2021 season with a 3-0 loss to defending state runner-up Independence.

On Thursday, the Hornets kicked off their playoff run with a 3-0 win over Navarre Fairless to push their winning streak to 22 straight matches.

“The big things for us were staying focused and working on improving our game,” said Kirtland coach Arlayna Newcomer. “Our offense as a whole did a nice job of staying aggressive and pushing themselves to get better.”

Among those 22 straight victories are 17 sweeps.

Kirtland’s success all season long has stemmed from each player stepping up and playing for the team and the Hornets used that same recipe on Thursday.

The Hornets advanced to play LaBrae in a Division III district semifinal at Medina on Oct. 27.

“We just need to continue to work hard every day in between games,” Newcomer said. “We know that each next game comes up quick and that we need to be prepared for each one.”

Hornets rally for win at Brush