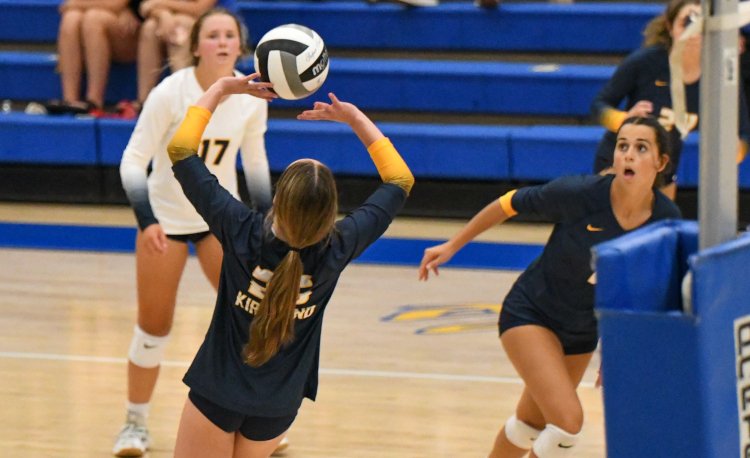 Kirtland left Berkshire on Thursday with a 3-0 sweep of the Badgers but it didn’t come easily.

“We know every time we play Berkshire it’s going to be a tough and competitive game, especially at their place,” said Kirtland coach Arlayna Newcomer. “The girls stayed composed and confident when the game was tight and it really shows our growth from the beginning of the season.”

Kirtland now has won four straight matches over their Chagrin Valley Conference Valley Division rivals dating back to the 2018-2019 season.

“We came into the match all positive, all wanting to keep each other up, being supportive, playing hard, forgetting the last play, and being best for the next one,” said Kirtland’s Georgia DeJohn, who finished with a team-high 12 kills. “I came in wanting to stay positive and lead by example. I really tried this game to communicate with my setters and the rest of the team almost every point.”

“Ava has really stepped up as a leader and captain on the team this year, both on and off the court,” Newcomer said. “Georgia did a really good job tonight across the board. Her whole game was solid from her serve receive to her offense.”

Kirtland improved to 3-1 overall and 3-0 in league play.

The Hornets have won three straight matches since opening the year with a loss at defending Division III state champion Independence.

“These past two weeks, we have really connected with each other better because we have learned to trust each other more,” DeJohn said. “We also have been cheering for each other after big plays and it’s made us significantly closer. Our improvement in communication has also played a big role.”